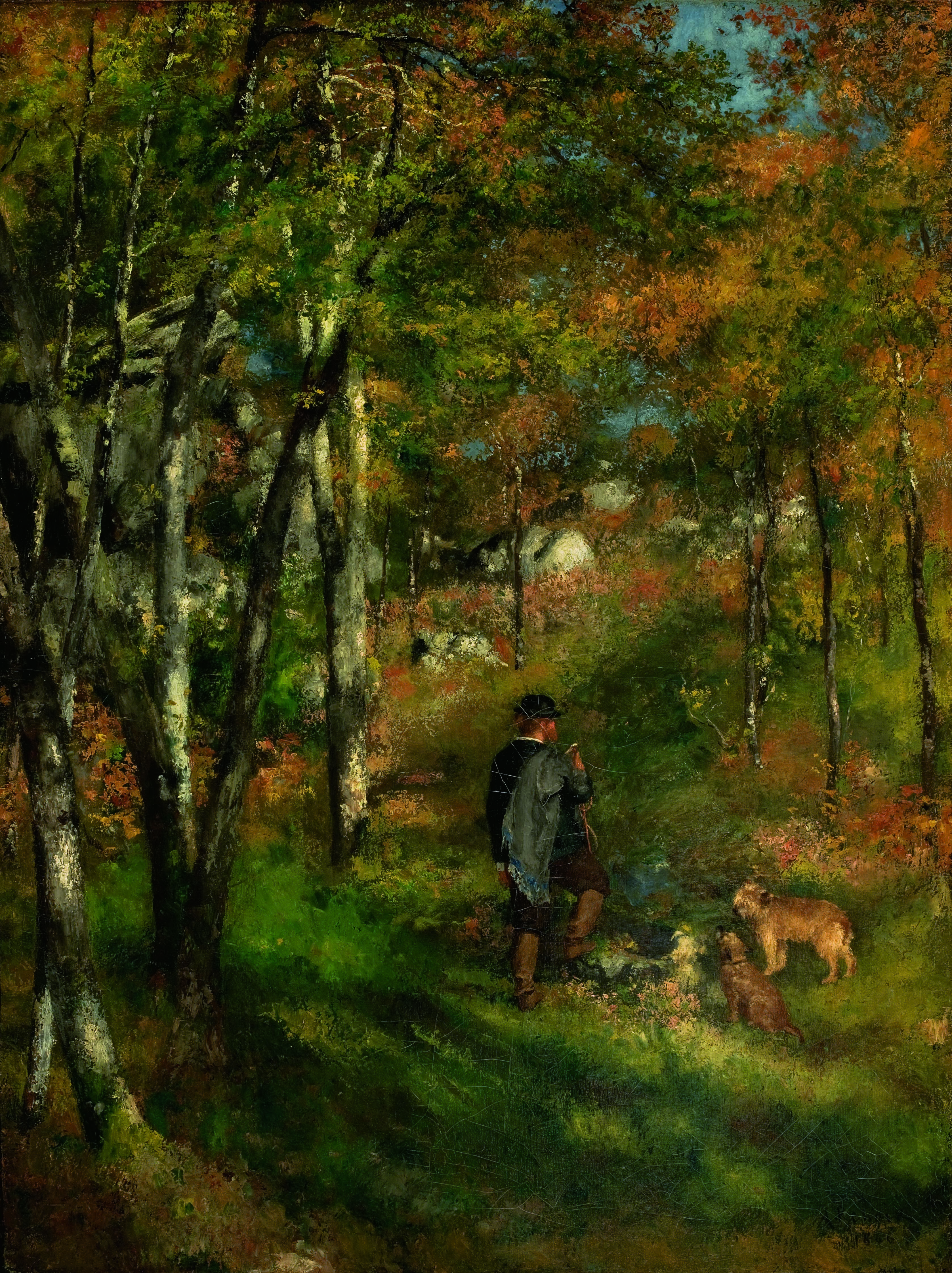 The Painter Le Coeur Hunting in the Fontainebleau Forest, 1866


By Luciano Migliaccio
Thanks to Cooper’s research we know that the sitter, Jules Le Coeur, came from an affiuent family and dropped architecture to devote himself to painting, taking part in the 1863 Salon des Refusés with a portrait and a landscape. He and Renoir became friends in April 1865 when Renoir paid a visit to the Le Coeur home in Bourron-Marlotte, near the Fontainebleau forest. During this meeting, Renoir met Le Coeur’s companion, Clémence Tréhot, whose sister Lise, became his lover and favorite model for the next seven or eight years. Jules helped Renoir on several occasions, securing orders for portraits of family members, and for the decoration of the ceiling of a room in the palace of Prince Georges Bibesco. According to Distel (1985, p. 70), Jules is the male bearded figure depicted by Renoir in Le Cabaret de la mère Anthony, from 1866 (Stockholm, Nationalmuseum). J. Meier-Graefe (1912, p. 16) notes that in the summer of 1862 Renoir and his other colleagues of the Gleyre studio worked in the Fontainebleau forest where they met landscape painter Diaz De La Peña (1807-76), who exerted a strong influence on the group of young artists. From a letter by Le Coeur himself we know that, in February 1866, Le Coeur, Renoir, and Sisley wandered through the forest on foot searching for themes for their paintings. The Masp painting – The painter Le Coeur Hunting in Fontainebleau Forest– probably dates from this period. An almost identical panorama is found in The Forest, private collection, New York, dating from 1865 (Dumas 1924, p. 366). Camesasca (1989, p. 136) mentions a photograph by Charles Marville, in the Bibliothèque Nationale of Paris, depicting a similar view of this same forest, which he claims shows the interest of artists and photographers in this kind of theme and view. As Distel observes ( loc. cit.), Renoir may have found inspiration in paintings of hunters made by Courbet, who associated these figures with freedom from social conventions and contact with nature. Camesasca also points out that, in this work, Renoir grasps not only the structural value of color, but also the use of the spatula, drawing on the technique of the master of realism, although the illumination is closer to that of Diaz than that of Courbet.