· An underpass, which was already approved by the São Paulo City Hall, will connect the two buildings.

· The aim is to turn MASP into a museum for a metropolis of more than 12 million inhabitants and for the future, reinforcing its role as an international reference and equating São Paulo with other cultural capital cities.

· The new building will be named after Pietro Maria Bardi, MASP’s first Artistic Director; MASP’s historic building will be called Lina Bo Bardi, the architect who designed it—names that, added to that of Assis Chateaubriand, complete the trio of personalities who founded the museum.

· The institution, which already holds the most relevant collection of European art in the Southern Hemisphere, will become one of the most modern museum infrastructures in Latin America.

· The project will be fully funded by donations from individuals and crowns the engagement of private society in MASP’s projects; its completion is scheduled for January 2024.

The Museu de Arte de São Paulo Assis Chateaubriand (MASP) announces this month the launch of the Expanding MASP project. This step follows the exponential growth of its activities over the last six years, in all the areas in which the institution has committed to acting: the organization of collective and individual exhibitions; publication of catalogs; promotion of seminars, workshops, and courses; restoration of works that belong to its collection; and the enlargement and preservation of this collection. The new project aims to match the museum’s physical structure to its institutional ambition, changing it for the next generations.

This is the most significant achievement in the museum’s history after its transfer, in 1968, from Rua 7 de Abril, at the headquarters of the Diários Associados, to Avenida Paulista. At that time, the transfer happened so that the museum had a headquarters to match its collection. The building designed by Lina Bo Bardi (1914–1992), acknowledged for her body of work with the Special Golden Lion at the 2021 Venice Biennale, has become a city’s postcard and a symbol of the world’s modern architecture of the 20th century.

As a way of preserving and valuing the institution’s history with the acknowledgment of its founders, the original building will be named after its architect, Lina Bo Bardi, and the new building will bear the name of the museum’s first Artistic Director, Pietro Maria Bardi (1900–1999). These names, combined with that of the institution itself, Museu de Arte de São Paulo Assis Chateaubriand—which is a reference to its founder (1892–1968)—will complete the tribute to the trio of personalities who founded MASP.

“MASP is therefore going through the largest process of physical expansion in its history, carried out with its own resources. We are going to increase the museum’s exhibition capacity by 66% by integrating the two buildings, and this is a very important investment for São Paulo’s culture. I believe that this expansion consolidates the museum and Avenida Paulista itself as a cultural axis, perhaps the most relevant cultural axis in Brazil, of which MASP is undoubtedly the anchor,” says Alfredo Setubal, President of MASP’s Board.

With completion scheduled for January 2024, the Pietro building will have 14 floors. These will be occupied by five exhibition galleries and two multipurpose galleries, representing an increase of 66% in MASP’s exhibition area. The building will also house a restaurant, ticket office, shop, technical reserve, classrooms, and a restoration lab. At the end of the renovation, MASP’s total area will be 17,680 m² (today, it is 10,485 m²). In addition to increasing its physical space, the new construction work will enhance what MASP is and already represents at national and international levels.

The gains will be multiple: the expansion of access to the public, since it will be possible to welcome a significantly larger number of visitors; a new and improved structure to offer public courses and programs (workshops, lectures, seminars, teacher training, etc.); a larger environment equipped with the latest technologies for the restoration and preservation of iconic works—which, added to the acquisitions made over the years, tell increasingly diverse, inclusive, and plural stories of art.

Due to its physical limitations, just over 1% of the museum’s collection is currently on display. In total, MASP owns more than 11 thousand works, including paintings, sculptures, objects, photographs, videos, and clothing from different periods, covering European, African, Asian, and American production. This is another aspect that will be positively impacted by the opening.

“MASP’s collection has been growing. Our plan is for the Lina building to be destined for the exhibition of works that belong to the museum’s collection, especially in its underground areas. The new galleries, all with high ceilings and equipped with state-of-the-art air conditioning and lighting systems, shall be filled with temporary exhibitions,” says Adriano Pedrosa, MASP’s artistic director. “Currently, the museum’s programming has a tight schedule, and these spaces will provide a larger respite in the calendar, as well as a better organization in the exhibitions’ narrative.”

The Pietro building will also allow to complement and enhance the museum’s technical facilities, with the expansion of areas such as warehouses and docks, which today impose concrete limits on operational management.

An essential part of the project is the underground connection between the two buildings, which will be done under Rua Prof. Otavio Mendes—already authorized by the São Paulo City Hall, with publication in a municipal decree. Another relevant change will be the transfer of the ticket office to the Pietro building, freeing up the historical building’s open space and returning it to its use as a public square, a use advocated by Lina Bo Bardi since she conceived the current MASP headquarters.

The Pietro building will have completely transparent floors next to the ground, in dialogue with the historical building’s open space, and its upper floors will be covered with perforated and corrugated metal sheets, which will offer a monolithic image without hampering the landscape views and the entry of natural light through strategically positioned openings, according to the needs of internal spaces.

In conversation with Heitor Martins, the museum’s Director-President, and other of its leaders, the architect Paulo Mendes da Rocha (1928–2021), Pritzker of architecture, emphasized that MASP should design a new building that would bring all the necessary functionalities to what is done in the museum—but with an architecture that highlighted the one developed by Lina without competing with it.

The undertaking will seek sustainable solutions to reduce the carbon footprint. The project will be LEED (Leadership in Energy and Environmental Design) certified. The building will be modern and technological, with LED and automated lighting, which will entail a significant reduction in energy consumption. In addition to this, there will be a double façade that will protect the building from solar radiation and shade the windows, reducing the internal heat load. The metallic mesh that will cover the building allows a layer of air to form between the building and the external façade, creating a microclimate. This relieves the ventilation and air conditioning systems and reduces energy consumption.

The cost of the project is around R$ 180 million and will be fully financed by donations from individuals—following the aspect that MASP has had since its foundation of engaging private society in the most diverse projects. “Making the construction of this building feasible through donations is the crowning achievement of MASP’s new management model, an institution whose pillars are based on civil society,” says Heitor Martins.

Donors consider the action an opportunity to leave an unquestionable cultural, tourist, urban, and economic legacy for the country. “Fortunately, the donor families understood the meaning of what we were proposing to donate, without incentives from the Lei Rouanet [Rouanet Law], only with individuals. With this, we show that organized civil society can indeed carry out relevant projects, as long as people have confidence in the institution’s governance. More than an expansion, we are building a museum for the future,” says Alfredo Setubal.

“We are not simply constructing a building,” says Geyze Diniz, MASP Board’s Vice-President, “we are enabling the museum to grow.” “Civil society involvement is increasingly important in institutions. We see this not only in Brazil but worldwide. Inspired by this, we understood that it was possible to make the expansion in partnership with civil society, which has already been engaging with the museum in the last years and enabled it to reach the level of prominence it is in today,” she adds.

“The Expanding MASP project is the largest Brazilian philanthropy operation with the support of Brazilian families, without tax incentives or any governmental support. This movement will turn MASP into the conductor of cultural institutions on Avenida Paulista, consolidating this relevant Brazilian cultural axis,” highlights Ronaldo Cezar Coelho, President of the Expanding MASP Committee.

The museum’s expansion was first conceived by Júlio Neves, an architect who held the position of MASP’s President for 14 years, from 1995 to 2009. In the 1990s, Neves was responsible for the remodeling that included the installation of the museum’s technical reserve and the renovation of the air conditioning system. In the 2000s, he took part in the purchase of the Dumont-Adams building and developed the initial design for the building. Over the years, the project has undergone changes to obtain approval from historical heritage agencies and meet the space’s new intended uses.

“This project that begins now is equal to the technology applied to the world’s best museums, and I don’t know of any other similar structure in Brazil. I believe that the Expanding MASP will be a unique case of planning and modernity in our country,” says Júlio Neves.

The architectural project is co-authored by Júlio Neves with the METRO Arquitetos Associados office, owned by Martin Corullon and Gustavo Cedroni. The office, which has had a fruitful relationship with MASP since 2015, made technical adaptations to the iconic glass easels developed by Lina Bo Bardi that were reinstalled in the museum in 2016. The floating displays, which can be seen on the second floor, are one of the museum’s most outstanding symbols and are part of the architect’s original project. METRO was also responsible for adapting the reassembly of designs made by Lina for MASP in exhibitions such as Arte da França: de Delacroix a Cézanne [Art from France: From Delacroix to Cézanne] (2015), Portinari popular (2016) and A mão do povo brasileiro, 1969/2016 [The Hand of Brazilian People, 1969/2016] (2016–2017); in addition to creating designs of exhibitions such as Histórias Afro-Atlânticas [Afro-Atlantic Stories] (2018), elected by the North American newspaper The New York Times as one of the best of that year. The office has also worked on improvements to the building, such as replacing the elevators, as well as renovating the large auditorium and the museum’s management area. The project’s implementation will be led by Miriam Elwing, Project and Architecture Manager at MASP, with the support of Tallento Engenharia in the work management. Racional was the company hired by MASP to carry out the pre-construction—it is responsible for the projects’ constructability aspects—and the expansion works in the museum. 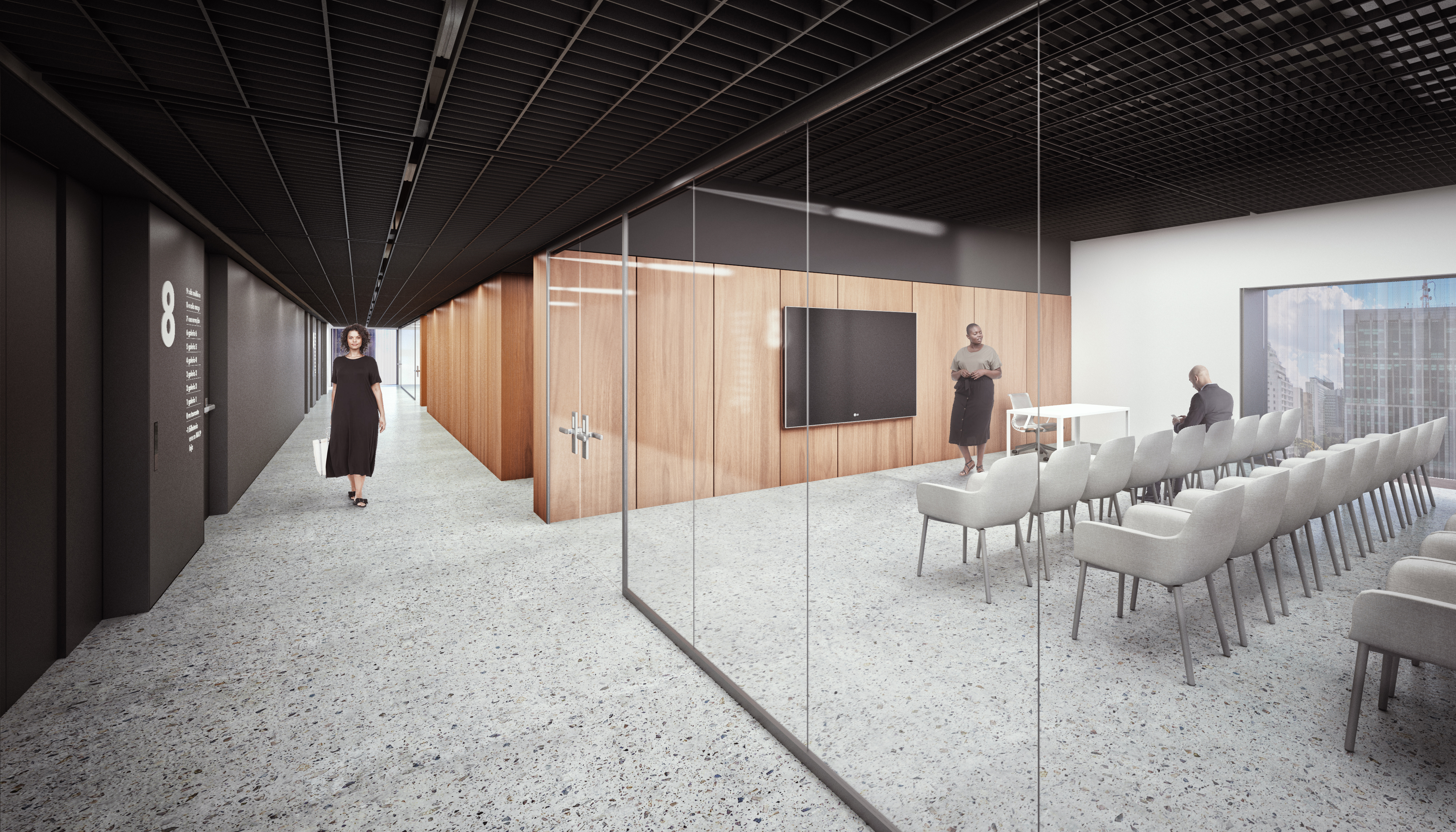 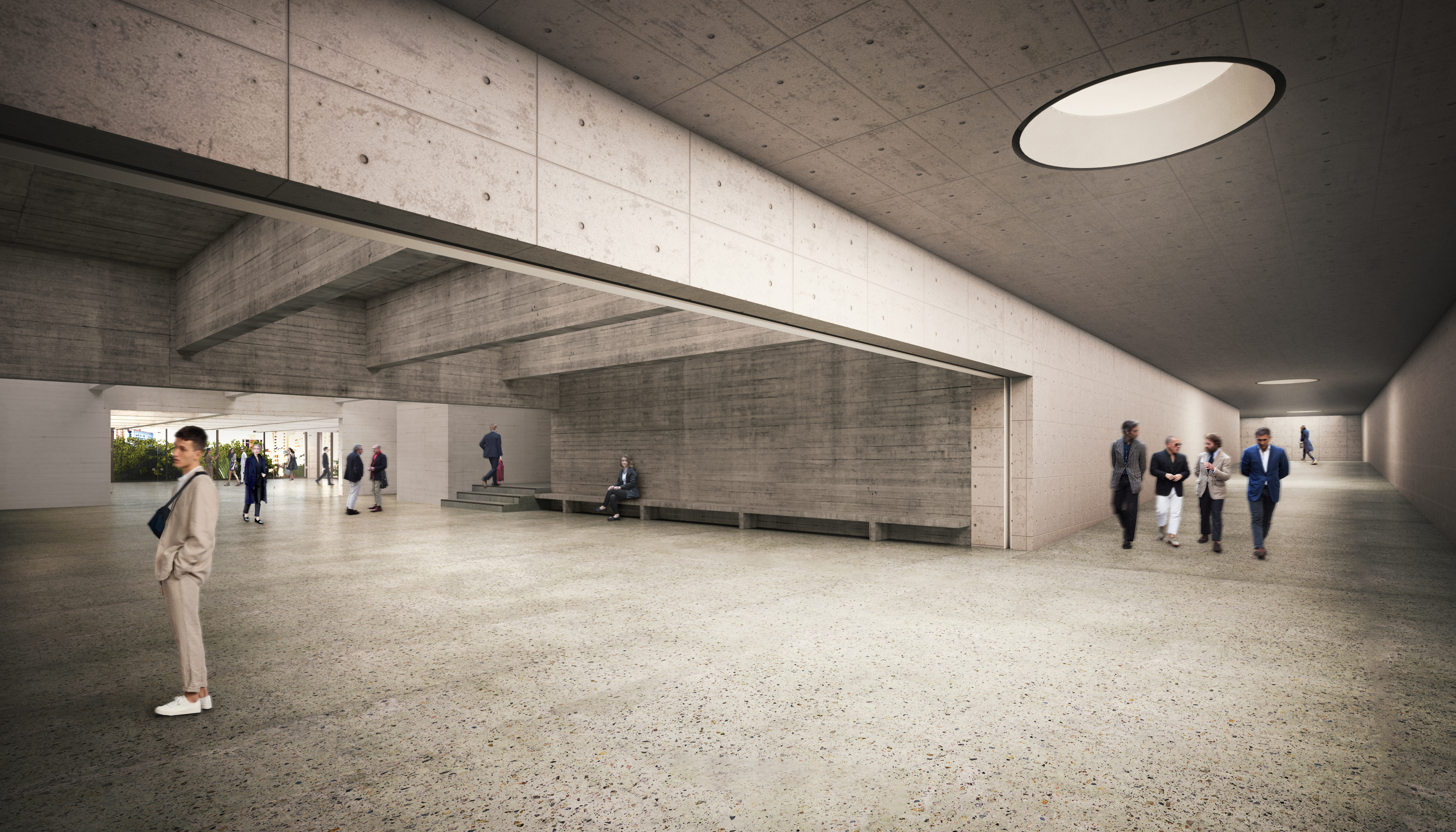 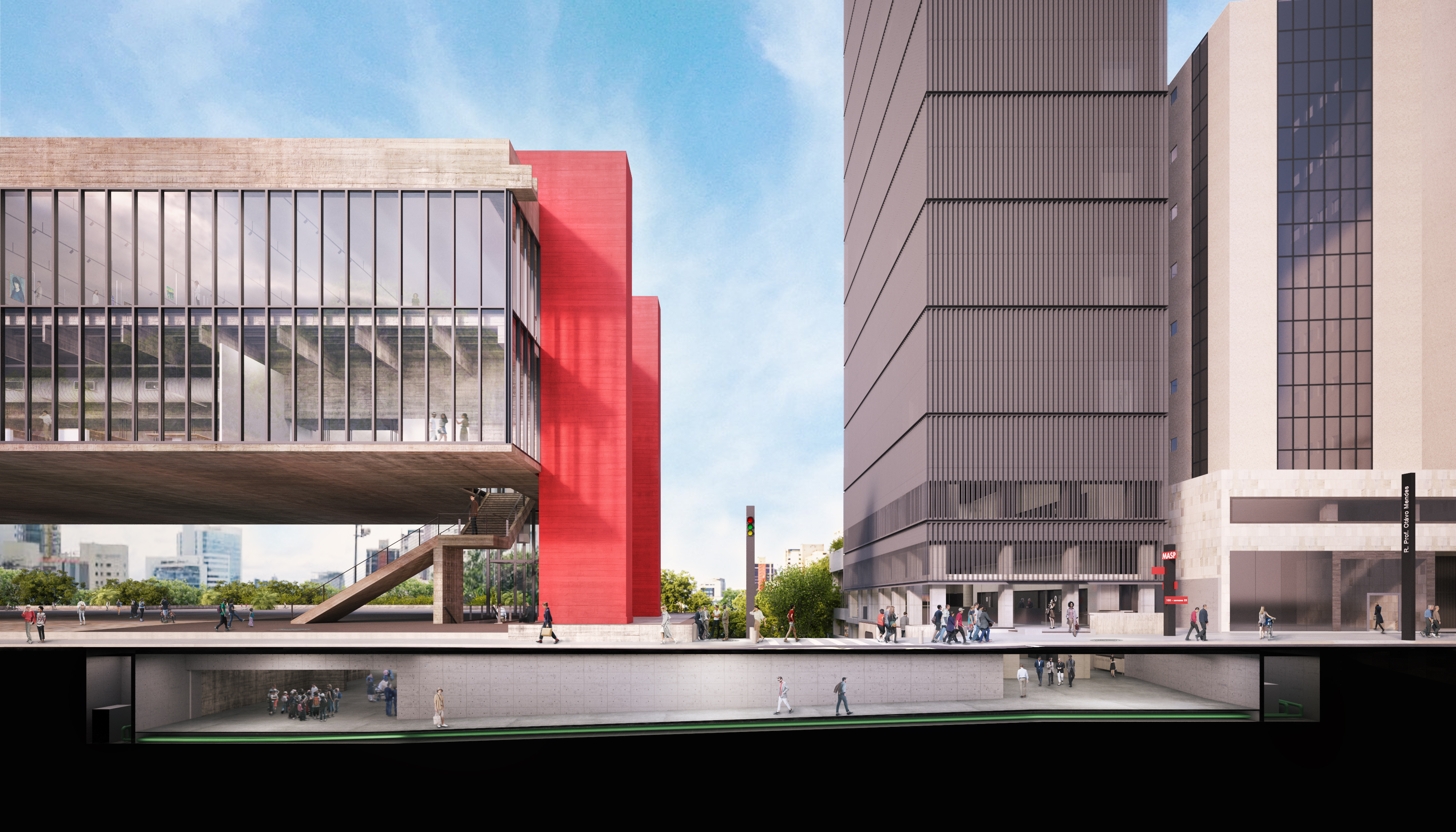 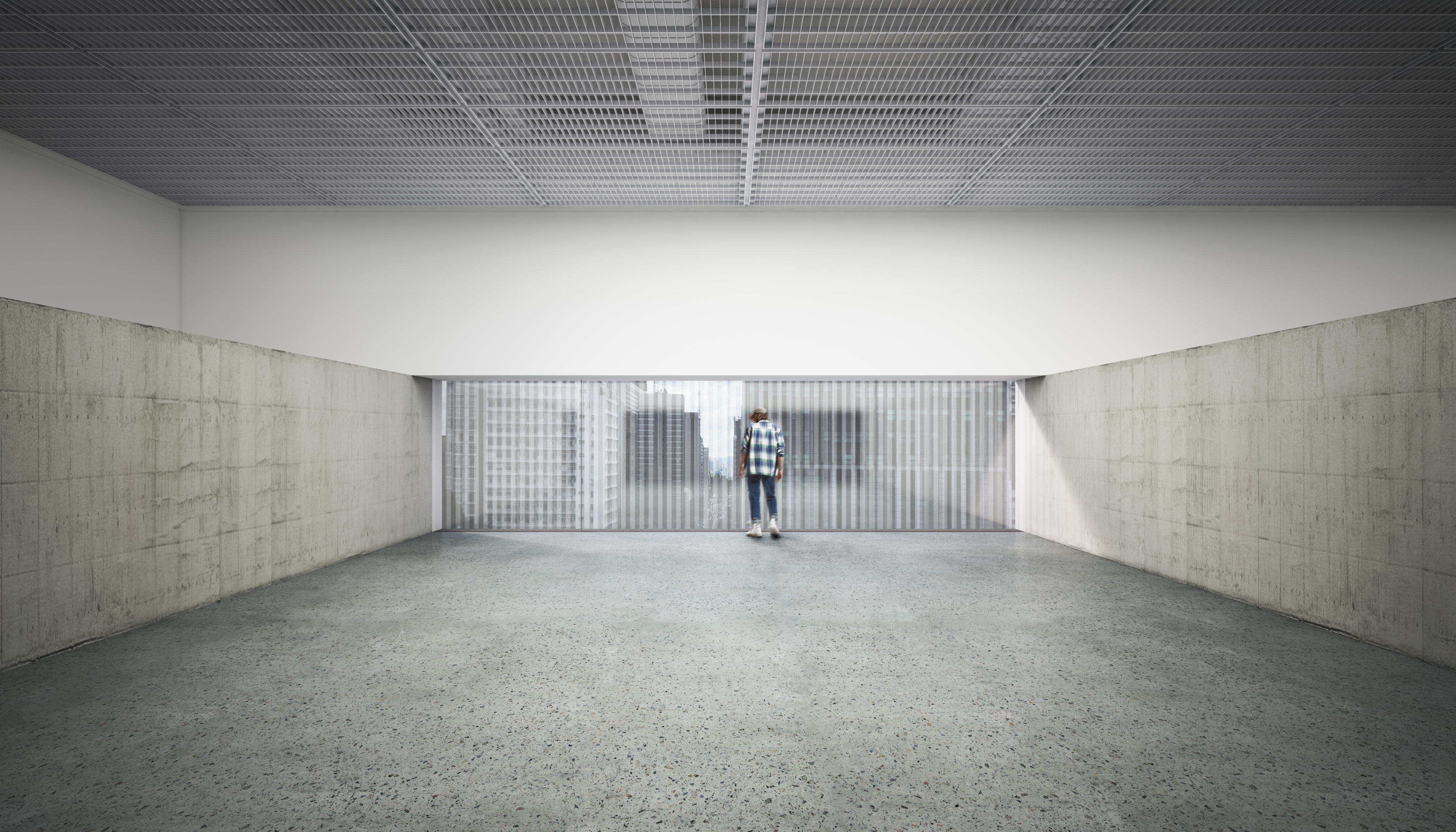 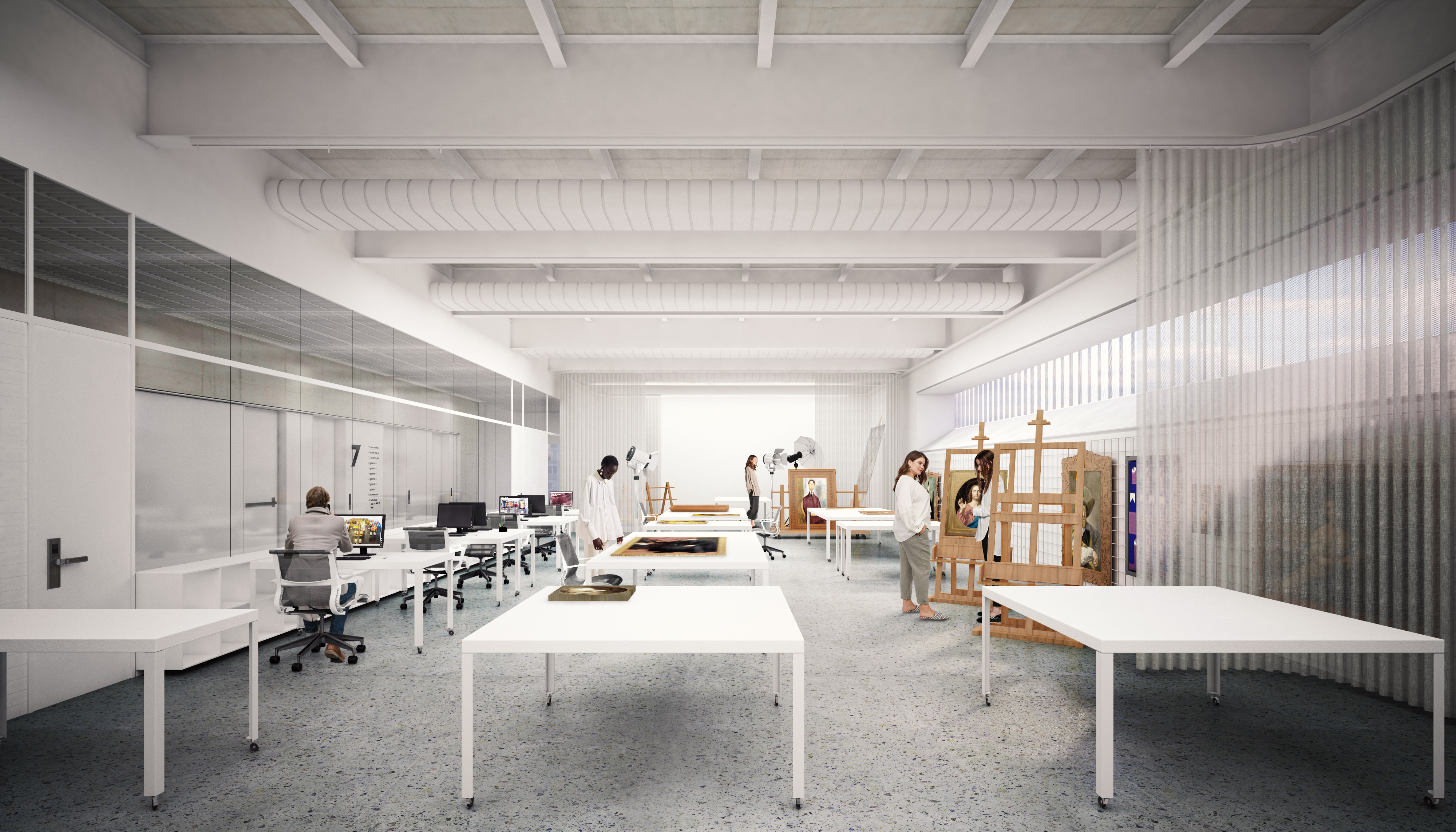 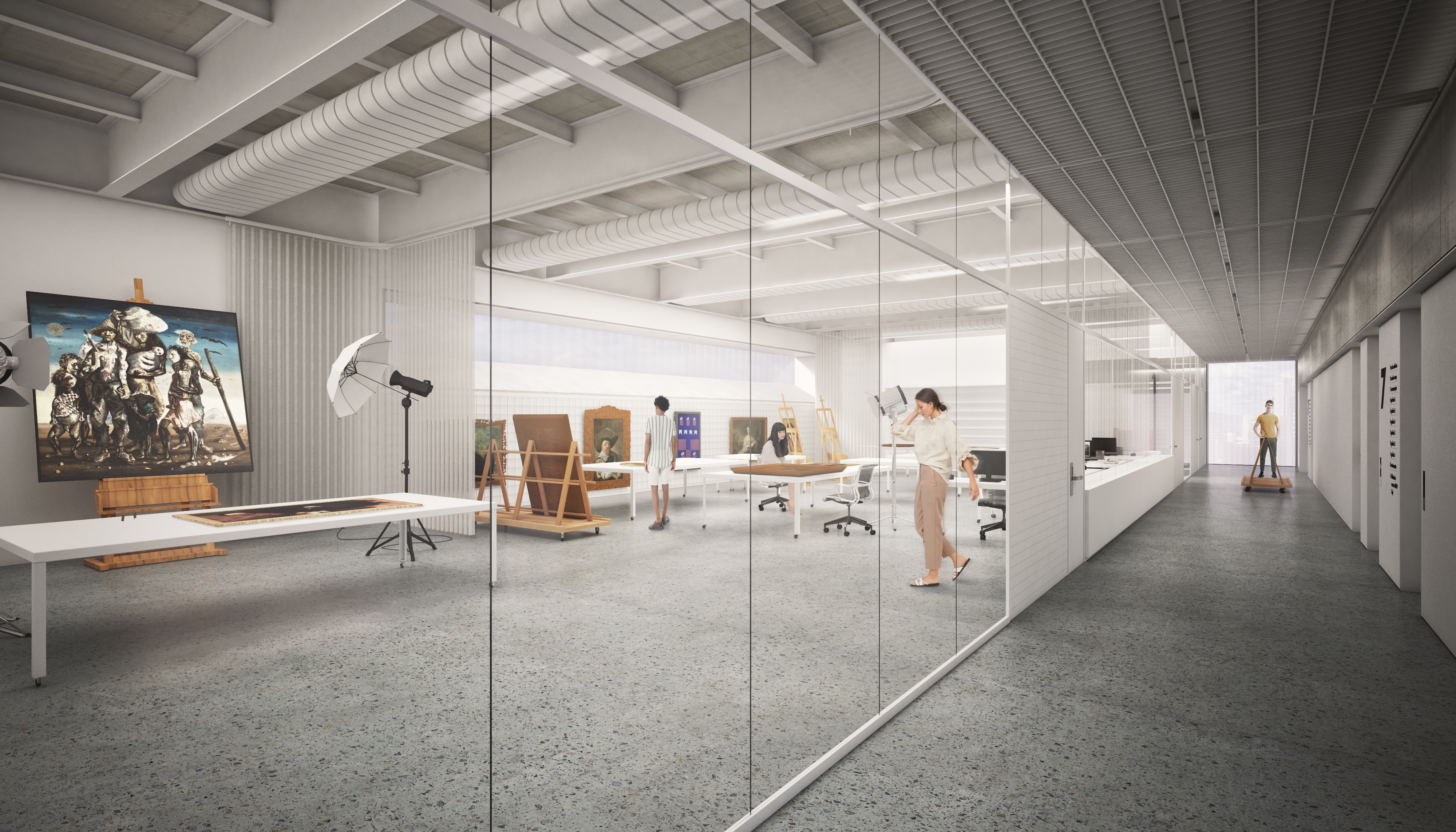 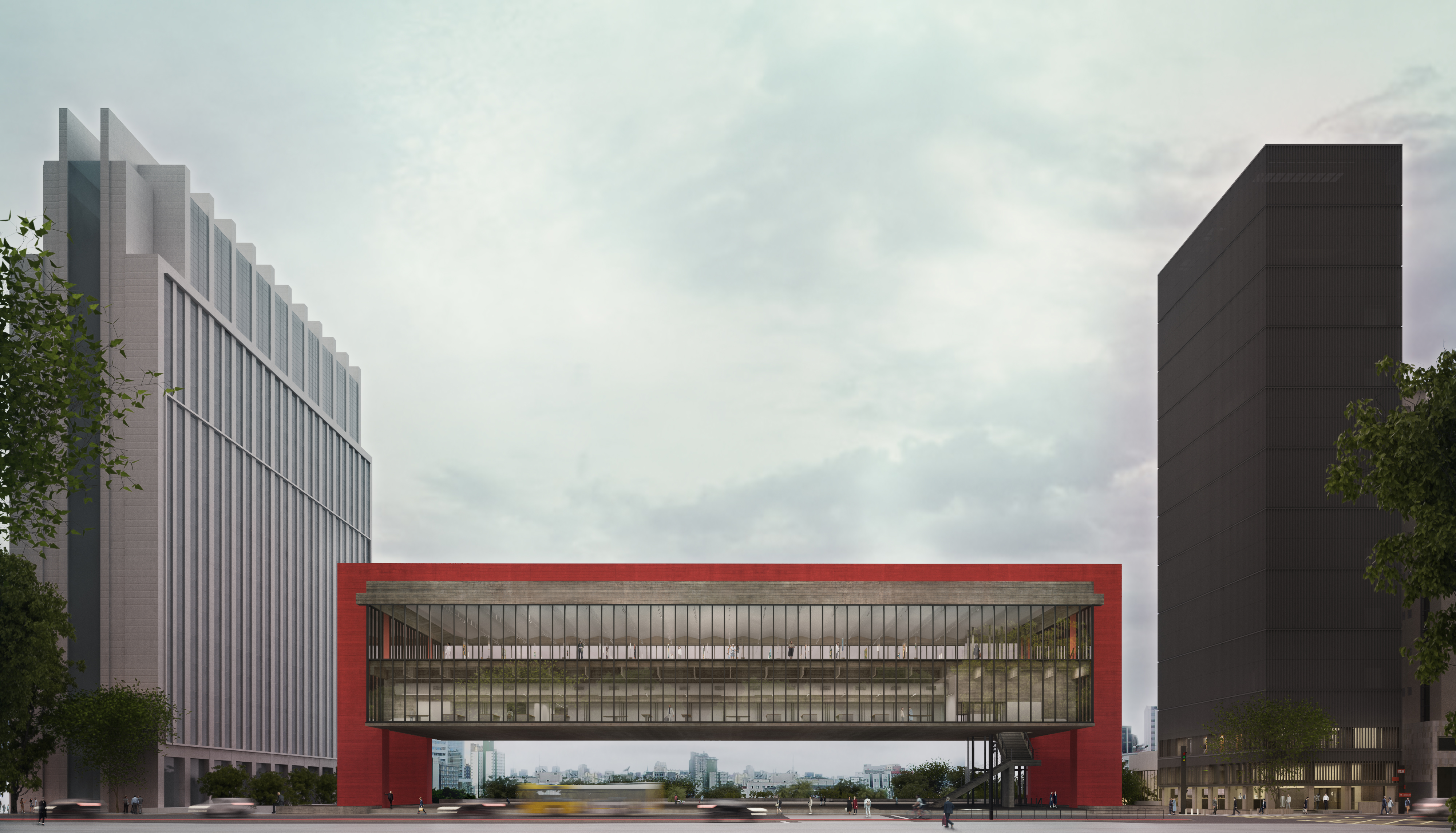 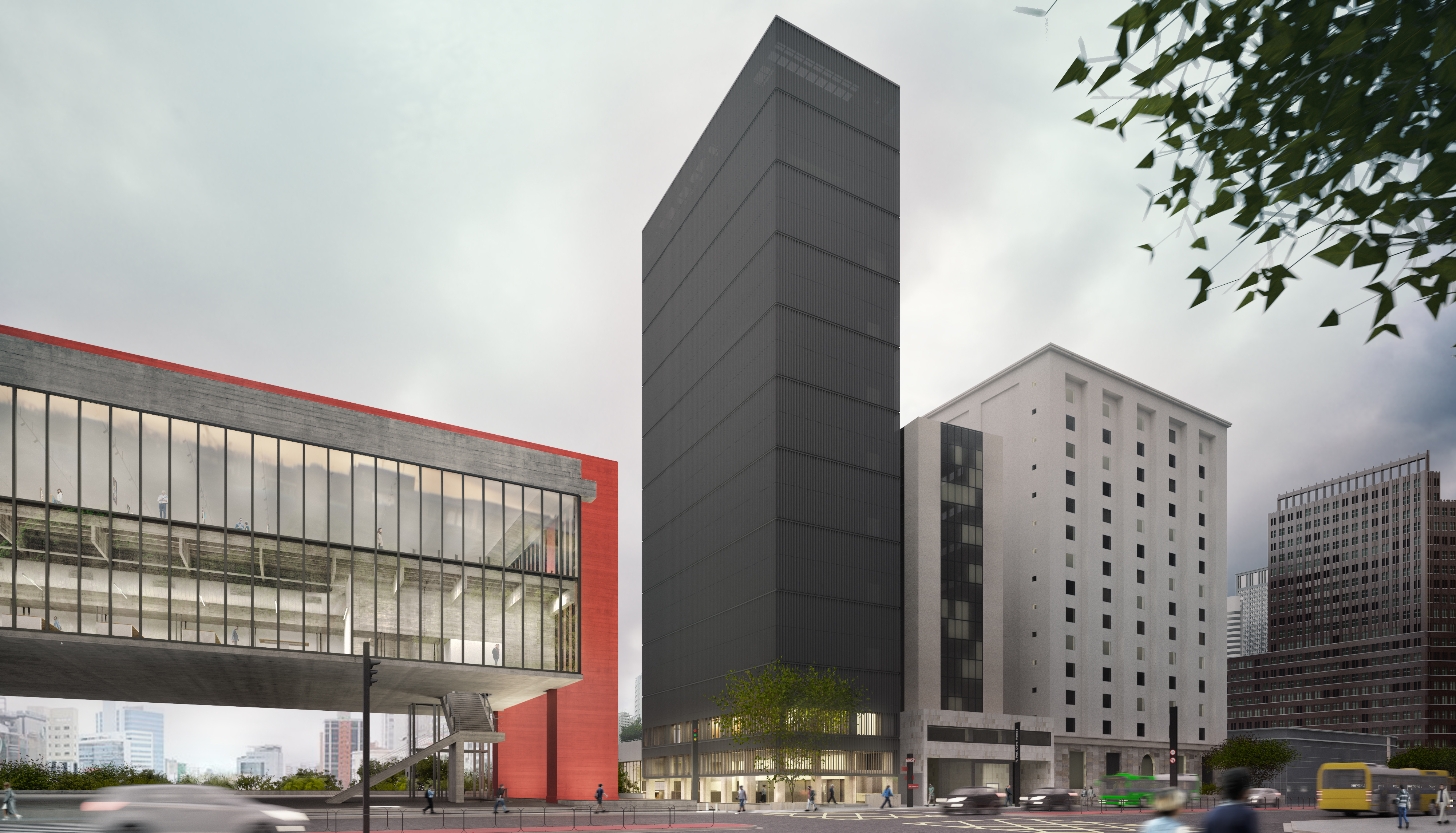 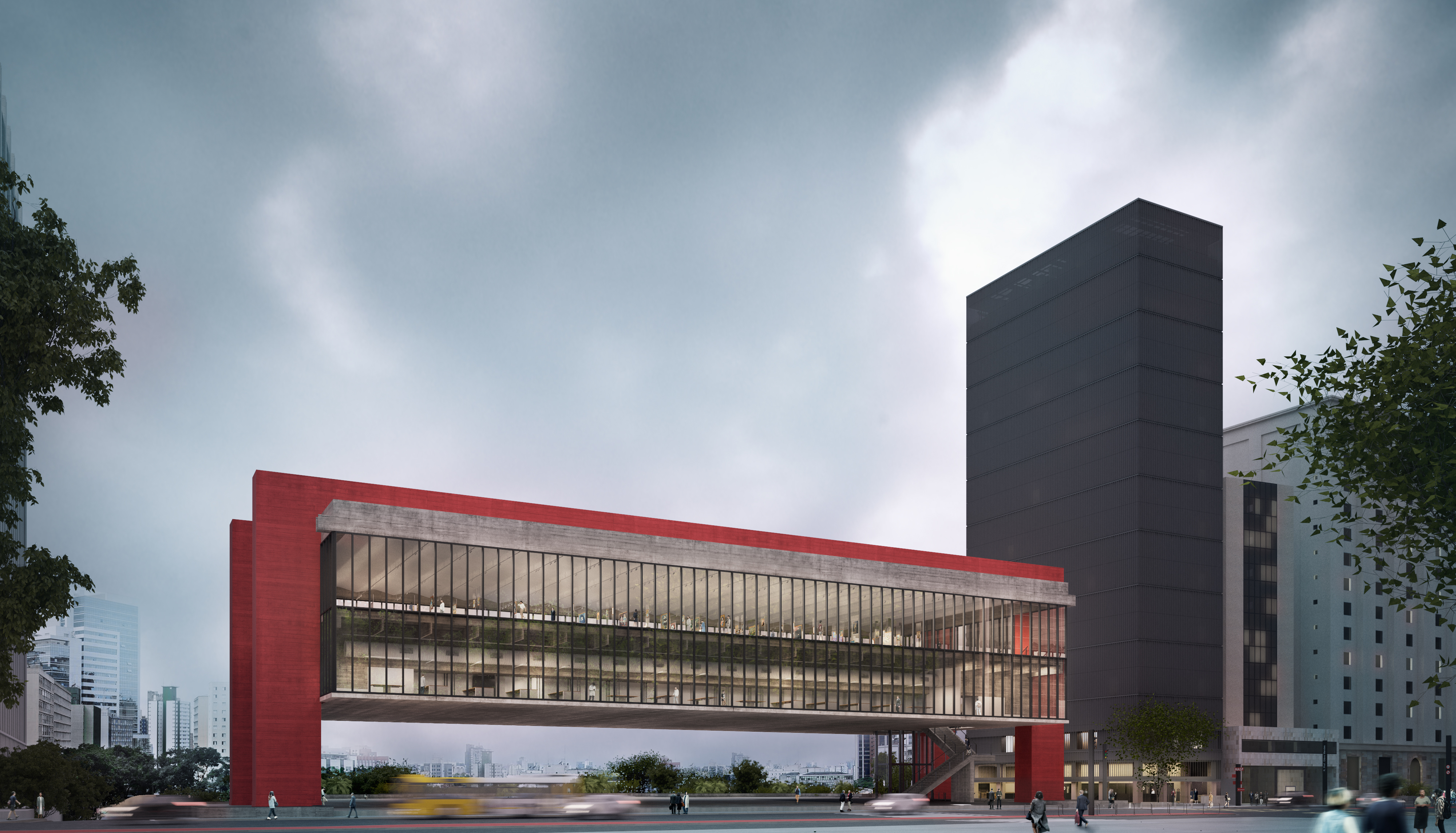 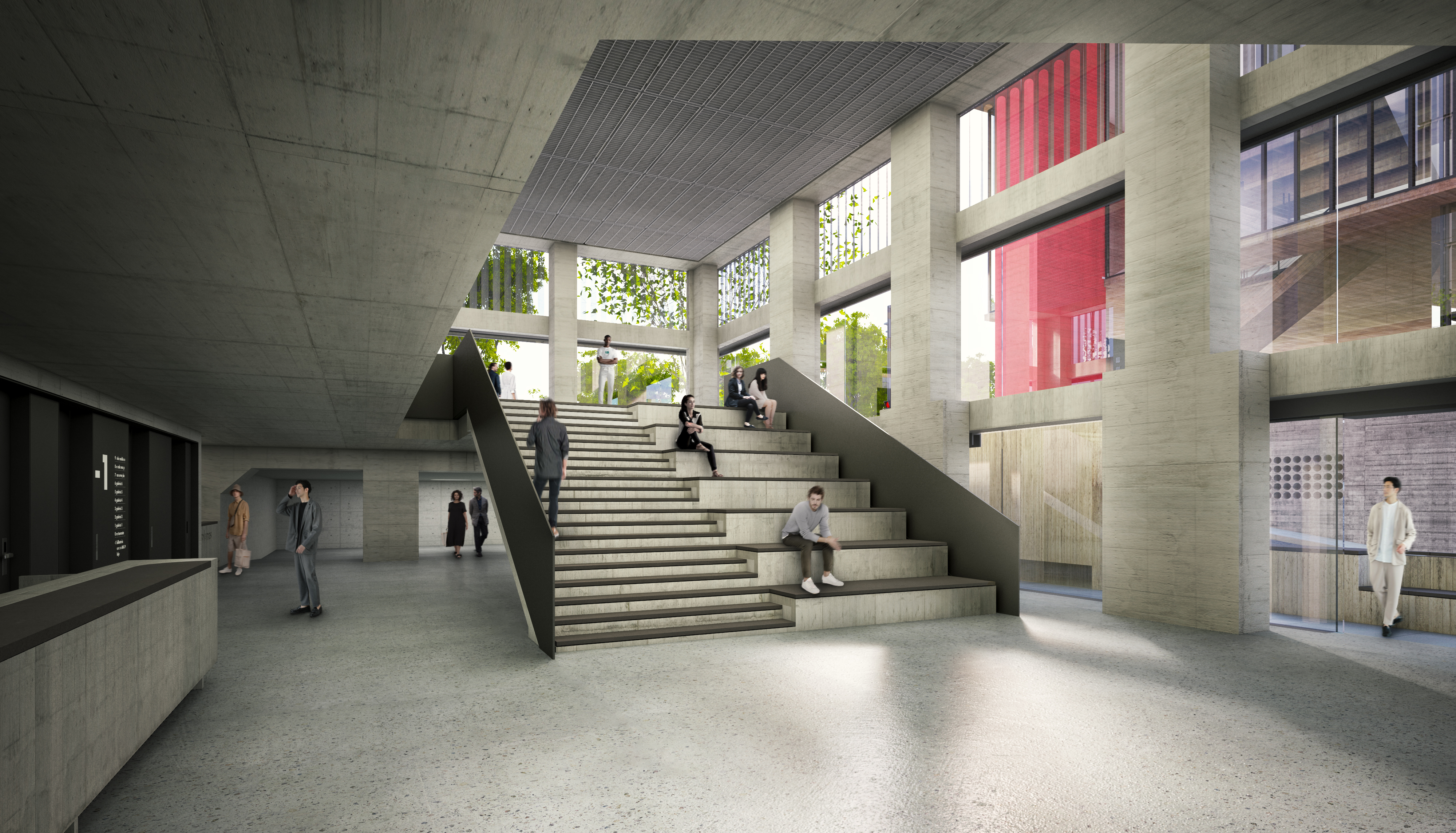 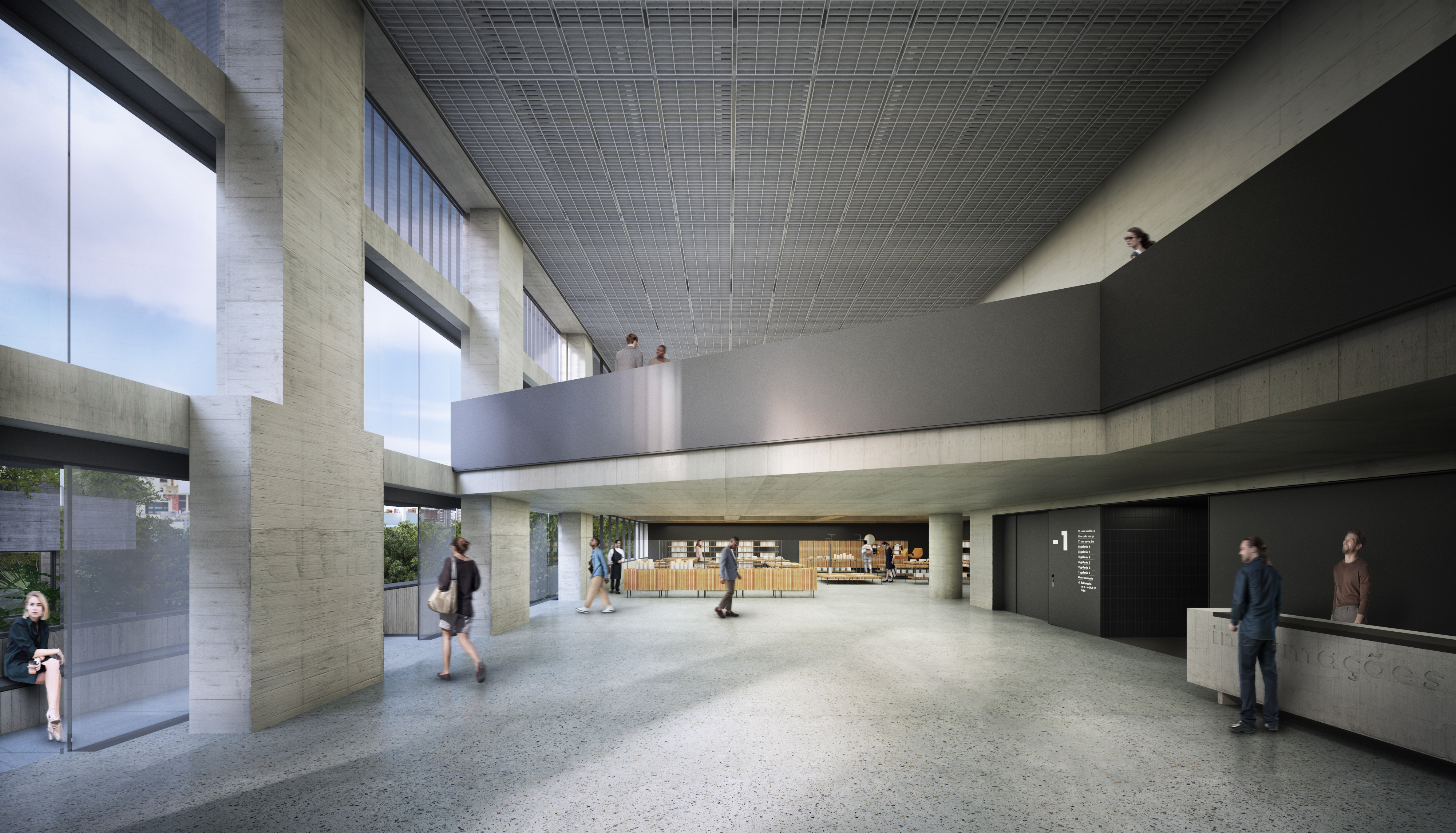 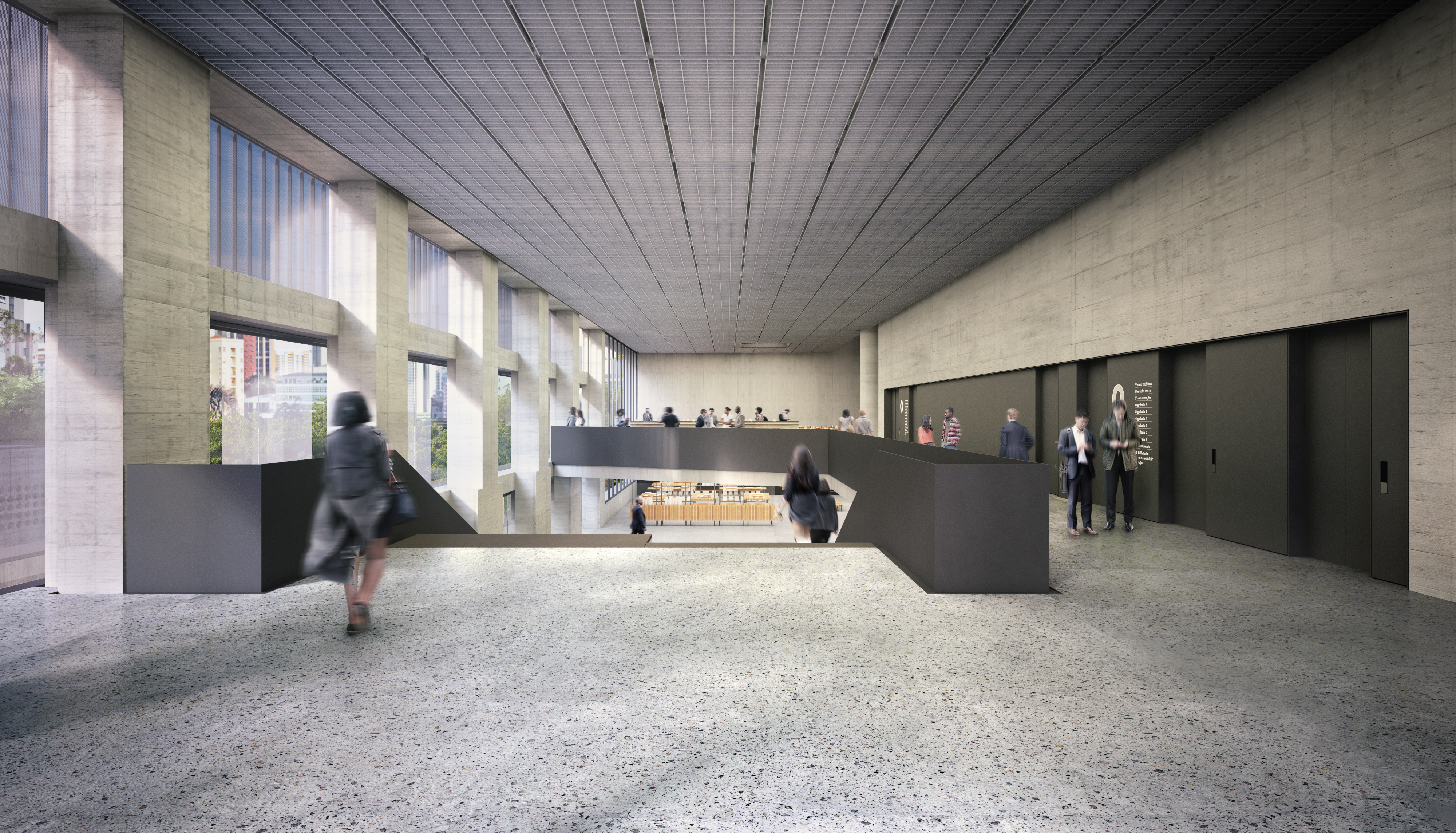 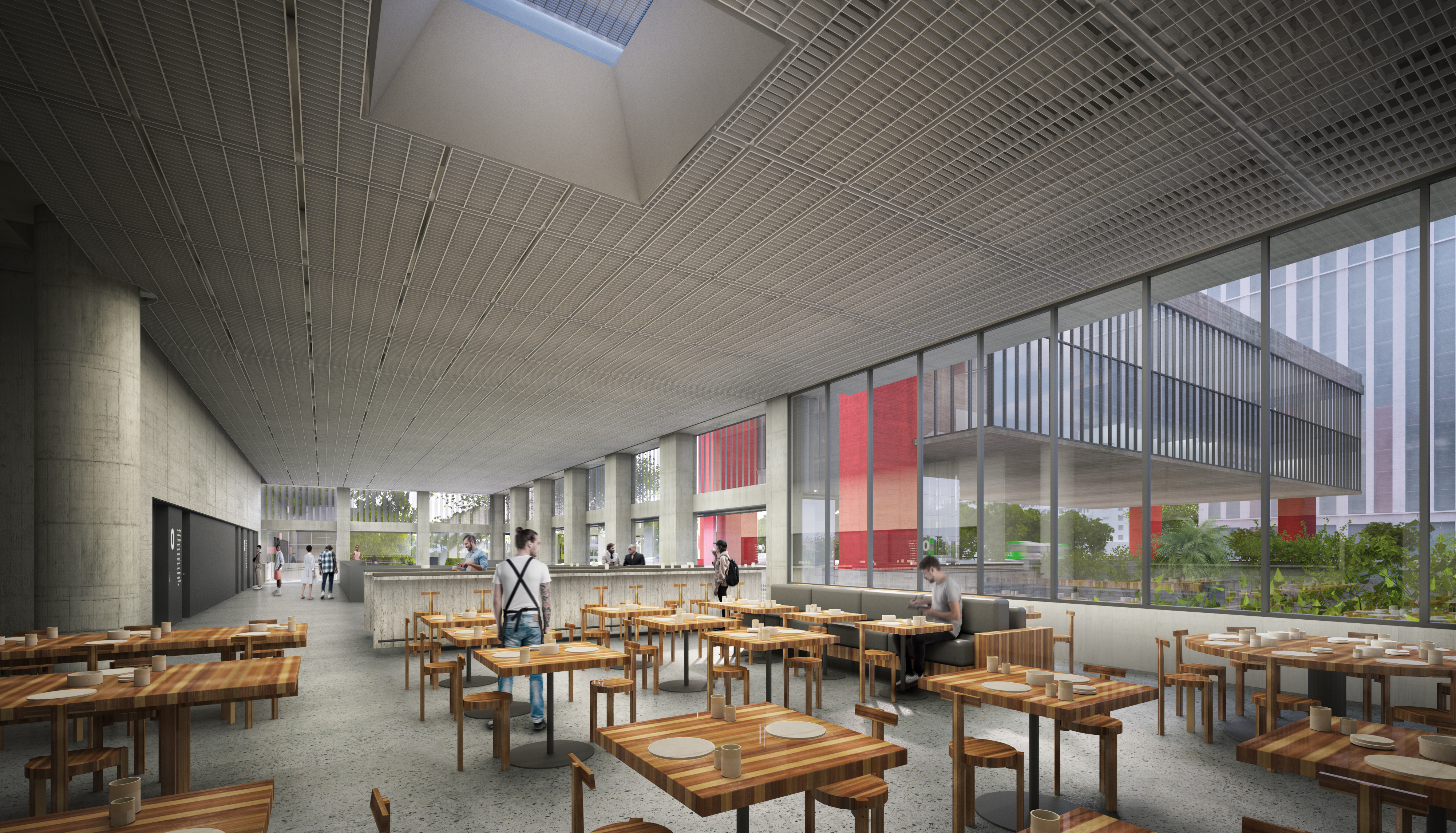 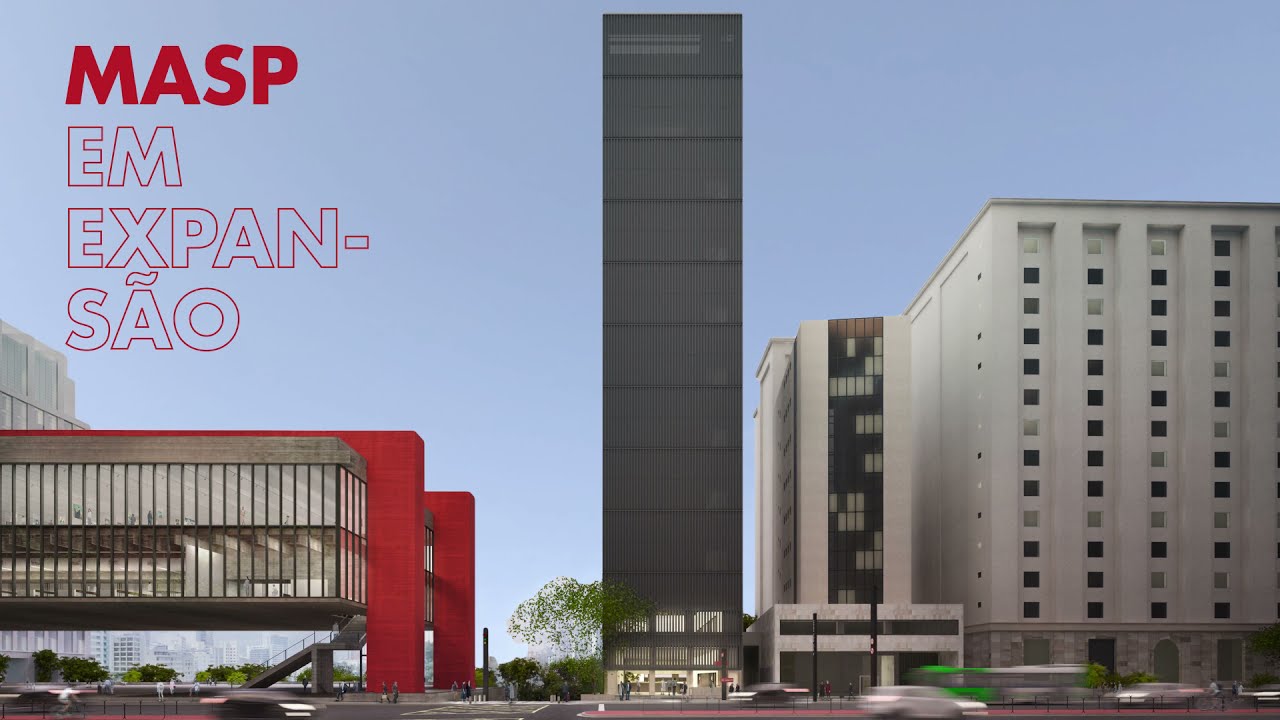