Brazilian Histories are complex, contradictory, multiple, fragmented, and incomplete histories. The exhibition is presented in the year that marks the 200th anniversary of the Independence of Brazil and the 100th anniversary of the Week of Modern Art. However, it is also the 100th anniversary of writer Lima Barreto’s death, and 100 years of artists Judith Lauand and Rubem Valentim’s birth. In addition, there is now an intense review of Brazil’s histories—as told in books, exhibitions, conferences, films, and documentaries. What are the themes, narratives, events, and characters to be celebrated, studied, and questioned in this long and conflicting process? Which ones have been deliberately forgotten?

Since 2016, MASP has organized a series of exhibitions and projects around different histories: Histórias da infância [Childhood Histories] (2016), Histórias da sexualidade [Histories of Sexuality] (2017), Histórias afro-atlânticas [Afro-Atlantic Histories] (2018), Histórias das mulheres, Histórias feministas [Women’s Histories, Feminist Histories] (2019), Histórias da dança [Histories of Dance] (2020), and now these Brazilian Histories (2022). The schedule for the year or biennium —as is the case for 2021-22—in which these group exhibitions are held is dedicated to these same histories and is complemented with solo shows connected to the theme. Not by chance, they encompass contents, images, and agendas of social, cultural, and political history, and are more related to contemporary agendas and everyday life than strictly to the history of art itself—as the sequence of our series of Histories indicates.

Brazilian Histories is divided into eight sections or nuclei organized by themes (not by chronologies or media), each one placed in a room: four on MASP’s first floor (Flags and Maps; Landscapes and the Tropics; Land and Territory; Retakings) and four on the second sublevel (Portraits; Rebellions and Revolts; Myths and Rites; Festivities). The exhibition includes more than 300 objects: paintings, drawings, sculptures, photographs, videos, installations, newspapers, magazines, books, documents, flags, and maps. It is organized by 11 curators, which underlines the project’s polyphonic aspect. Each section is curated by a pair of professionals, and among them, we find overlaps, complementation, connections, and contradictions.

In schools, we still learn that there is one single history. But it is not so. Our Histories (in the plural) show that this is an open process, which does not contemplate just one narrative (definitive, coherent, monolithic, and evolutionary), but includes many (open, diverse, inconstant, insurgent, preliminary and in conflict).

ABOUT THE BRAZILIAN HISTORIES EXHIBITION

MASP holds the mission of establishing, in a critical and creative way, dialogues between past and present, cultures and territories, based on the visual arts. Precisely because it is a diverse, inclusive and plural museum, MASP values freedom of expression and makes public its commitment to art and democracy in the country.

The Museum, in its more than 70 years of history, has never censored or inhibited any form of artistic expression. On the contrary, over the decades the institution has been the stage for important discussions in society, such as those present in the annual exhibition cycles Histories of Sexuality, Afro-Atlantic Histories, Feminist Histories and Indigenous Histories.

In 2021-22, in particular, MASP's programming is dedicated to Brazilian Histories, within the framework of the 200 years of independence, with a large group show of the same name that aims to critically review the country's history. The exhibition, scheduled to open on July 1, 2022, is organized into 7 thematic sections: “Maps and flags”, “Landscapes and tropics”, “Land and territory”, “Rebellions and revolts”, “Myths and rites”, “Parties” and “Portraits”. The section “Resumption” [Retomadas] was also part of the section, curated by Clarissa Diniz, guest curator, and Sandra Benites, deputy curator, whose participation was canceled upon the request of the curators themselves on May 3 this year.

The cancellation was due to the impossibility of including, in the section, 6 works by photographers linked to the Movimento Sem Terra – MST, requested by the curators to the museum's production department, well outside the deadlines of the schedule established in the contract. These restrictions are common in the production process and also prevented other curators of the show from requesting some works in their respective sections.

The production had already sought to make the deadlines for requesting the loan of works more flexible – a minimum of 6 months (for Brazilian museums) and 4 months (for galleries, private collections and artists) – and even accepted a request for the inclusion of posters and documents from the collection of the MST. The schedule is very important for a healthy and quality assembly for all the teams involved, especially in an exhibition of this size: there are more than 300 works, occupying two floors in the museum, with a curatorial body composed of 11 members, and a team operating within deadlines. It is essential, therefore, greater rigidity and discipline in relation to all instances, not only curatorial and production, but also contractual.

MASP's refusal to include the 6 photographs is in no way linked to the content of the works, nor does it represent any censorship of the MST – something inadmissible in a democratic institution such as MASP. It is worth noting that a text authored by the MST was included in the book Histórias Brasileiras: Antologia, which accompanies the exhibition and will be released in July, thus ruling out any possibility of censorship. Also, the “Rebellions and Revolts” section, from the same exhibition, includes several images linked to demonstrations and social movements.

ABOUT THE BRAZILIAN HISTORIES EXHIBITION


MASP — Museu de Arte de São Paulo Assis Chateaubriand goes public with a new information on the cancellation of the "Retomadas" [Resumptions] segment, which was part of the group show Brazilian Histories, to be opened on July 1st. The exhibition is part of the Histories series, which included Histories of Sexuality (2017), Afro-Atlantic Histories (2018), Feminist Histories (2019), among others.

The Museum has reflected a lot on the current moment and, as a living museum, seeks to learn from this episode, including observing procedural flaws and errors in the dialogue with the curators Clarissa Diniz and Sandra Benites, responsible for the “Retomadas” [Resumptions] segment. The institution publicly regrets the cancellation of the segment, so important for the exhibition, and the departure of the project's curators.

Intending to move forward so that similar episodes do not happen again in the future, we are open to listening to Benites and Diniz, in order to learn from this experience and improve processes and work models.

In this sense, if the curators agree, we propose to postpone the opening of the exhibition and reorganize its schedule so that we can include the "Retomadas" [Resumptions] segment in the show.

Another measure we are proposing is to hold a public seminar, on the “Retomadas” [Resumptions], during the exhibition period with the participation of the curators.

Finally, we will propose the incorporation of the 6 photographs by André Vilaron, Edgar Kanaykõ Xakriabá and João Zinclar into the Museum's collection, if it is of interest to the artists, as a record of the importance of these images for the history of MASP and recognition of the work developed by the curators together with the Movimento Sem Terra—MST.

MASP is committed to opening new spaces for listening, in the certainty that what we want is a more plural, inclusive and democratic Brazil - which can only be built collectively, based on open, empathetic and collaborative dialogue. 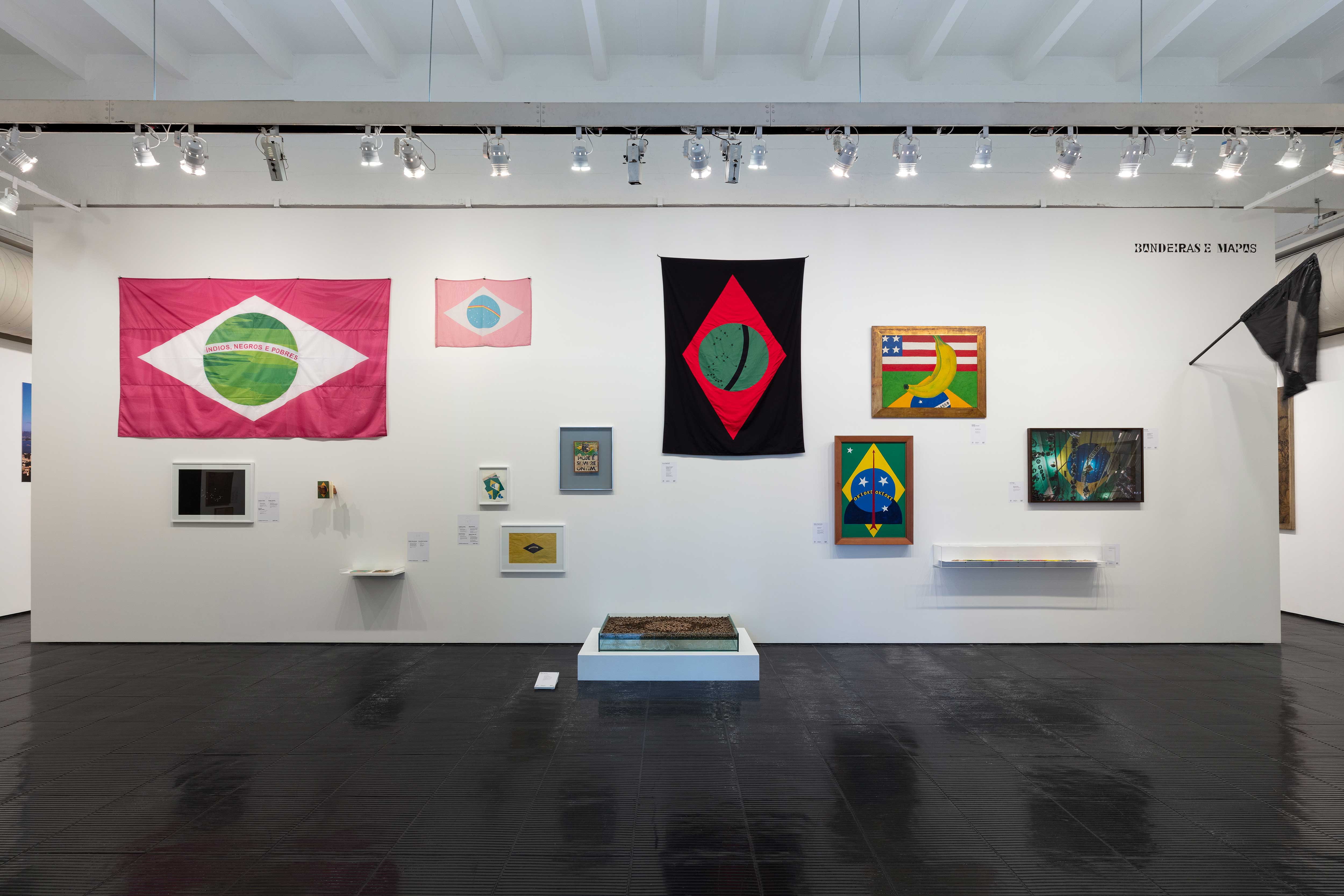 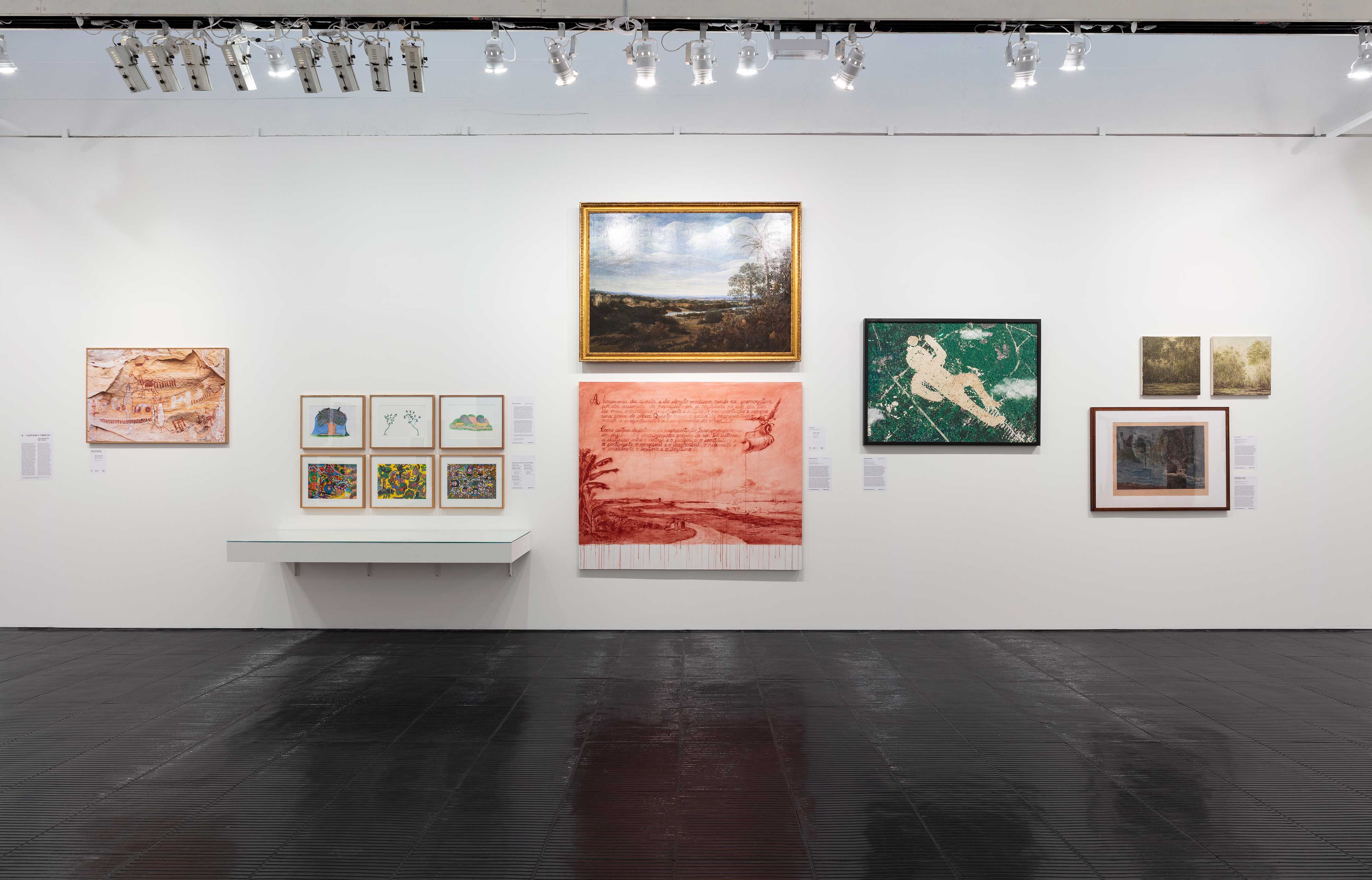 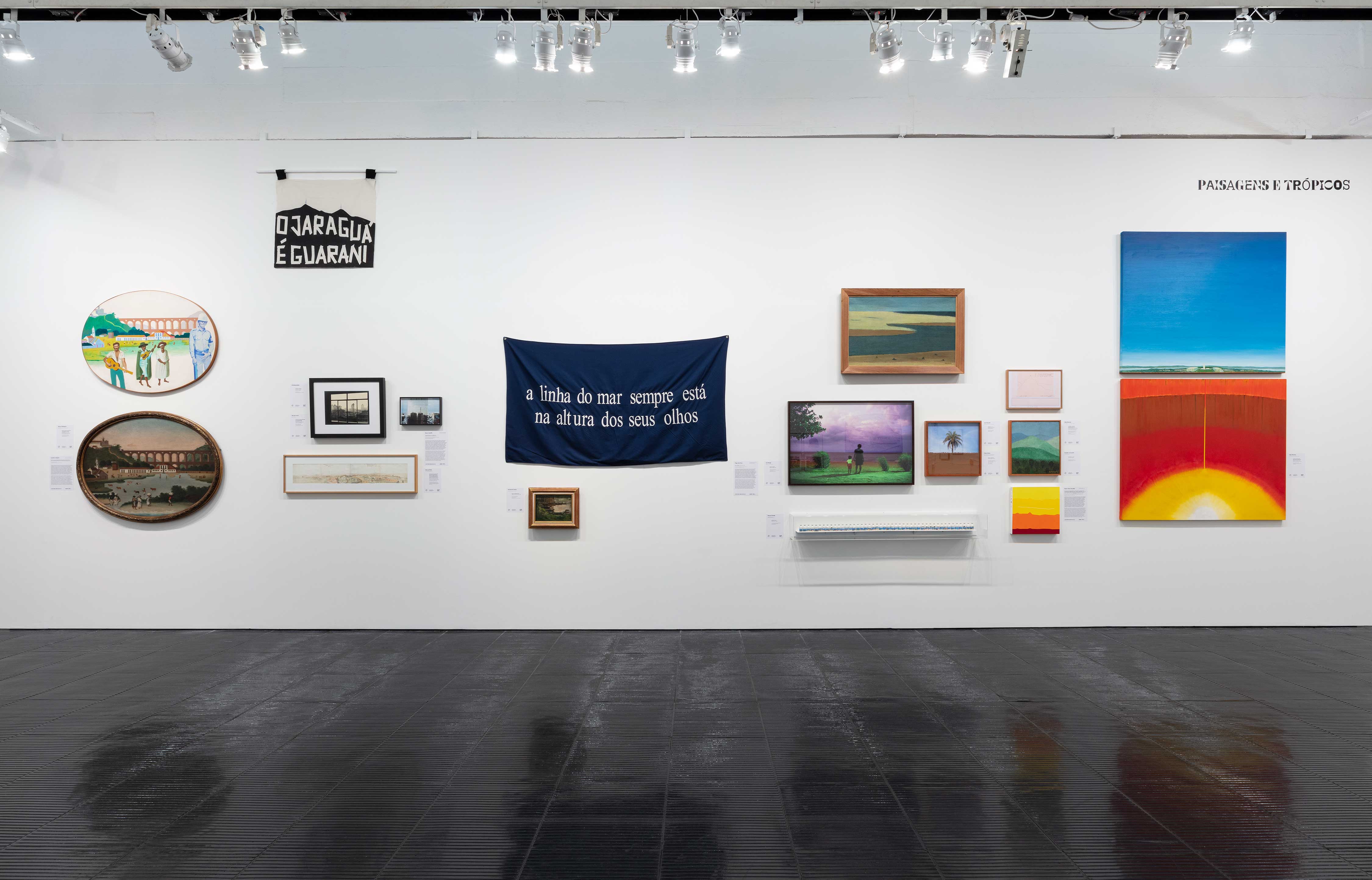 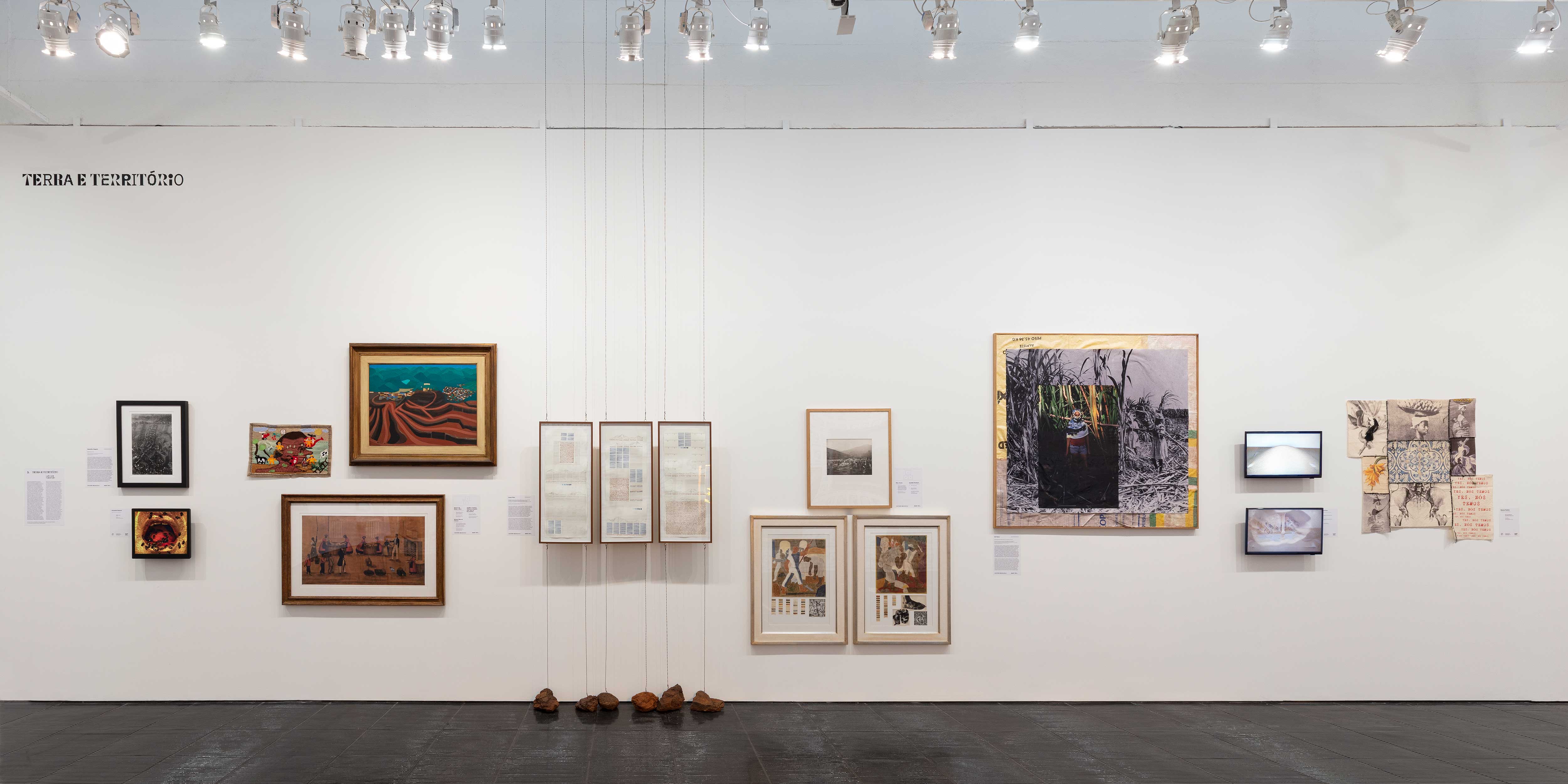 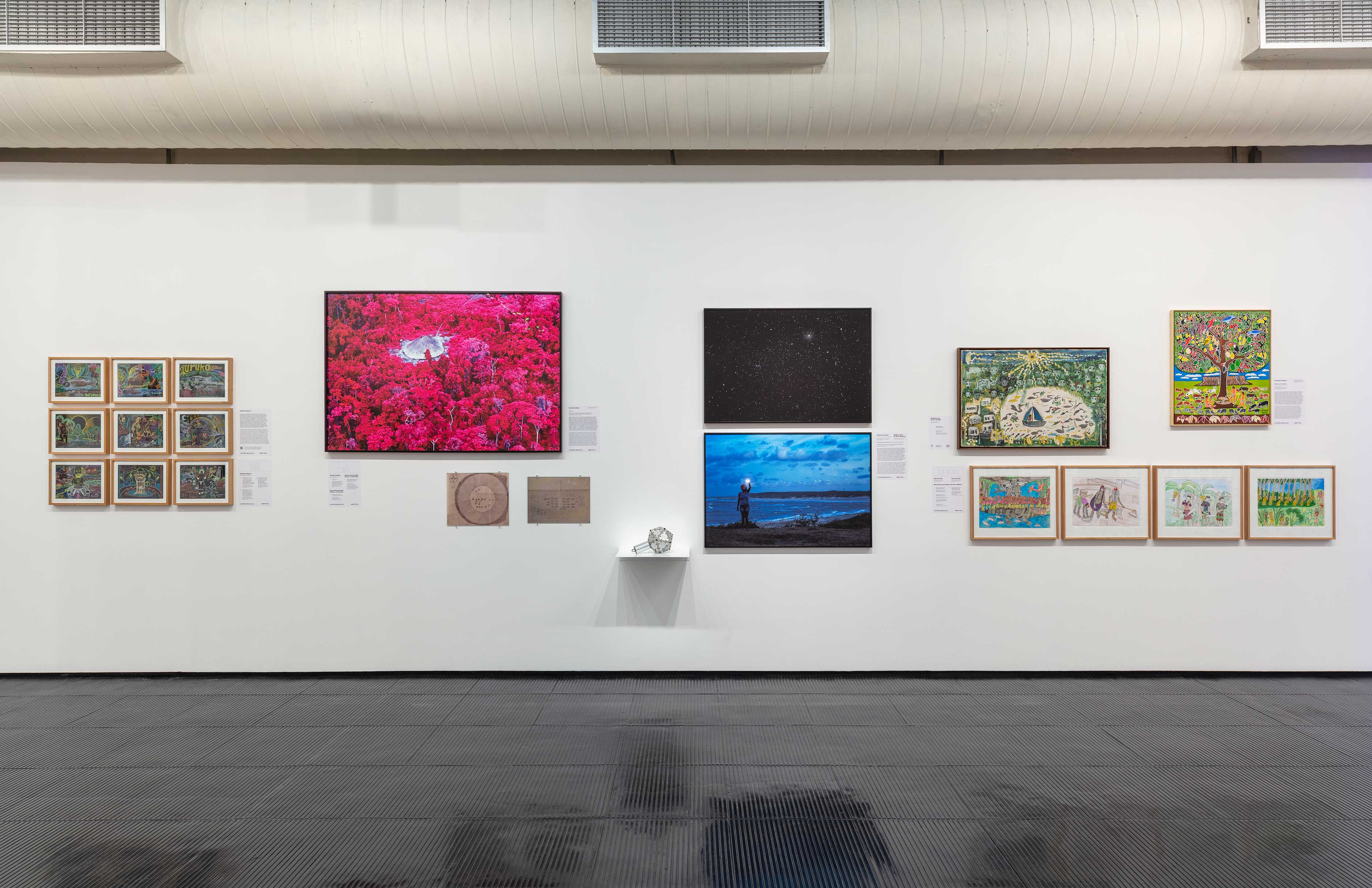 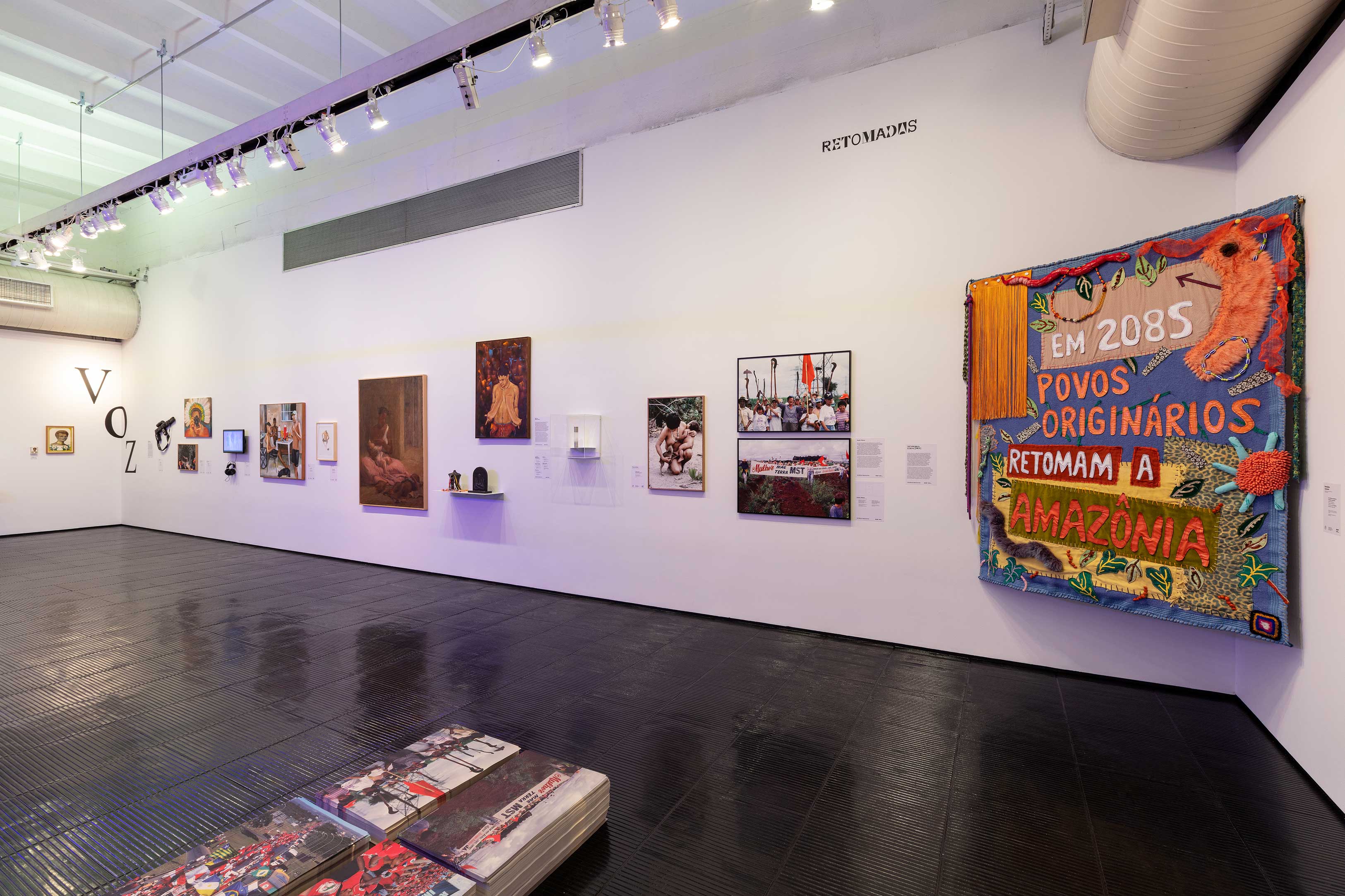 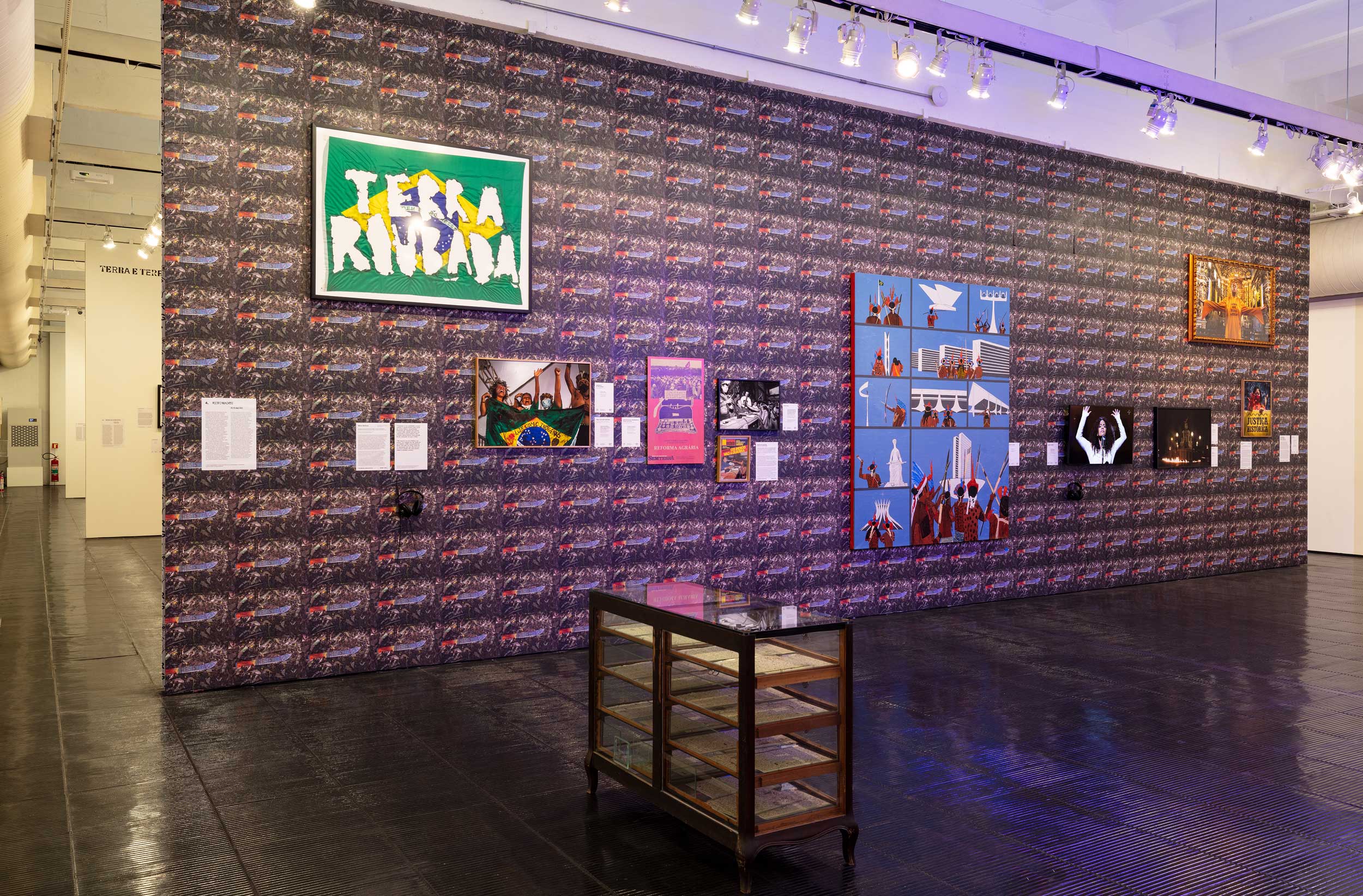 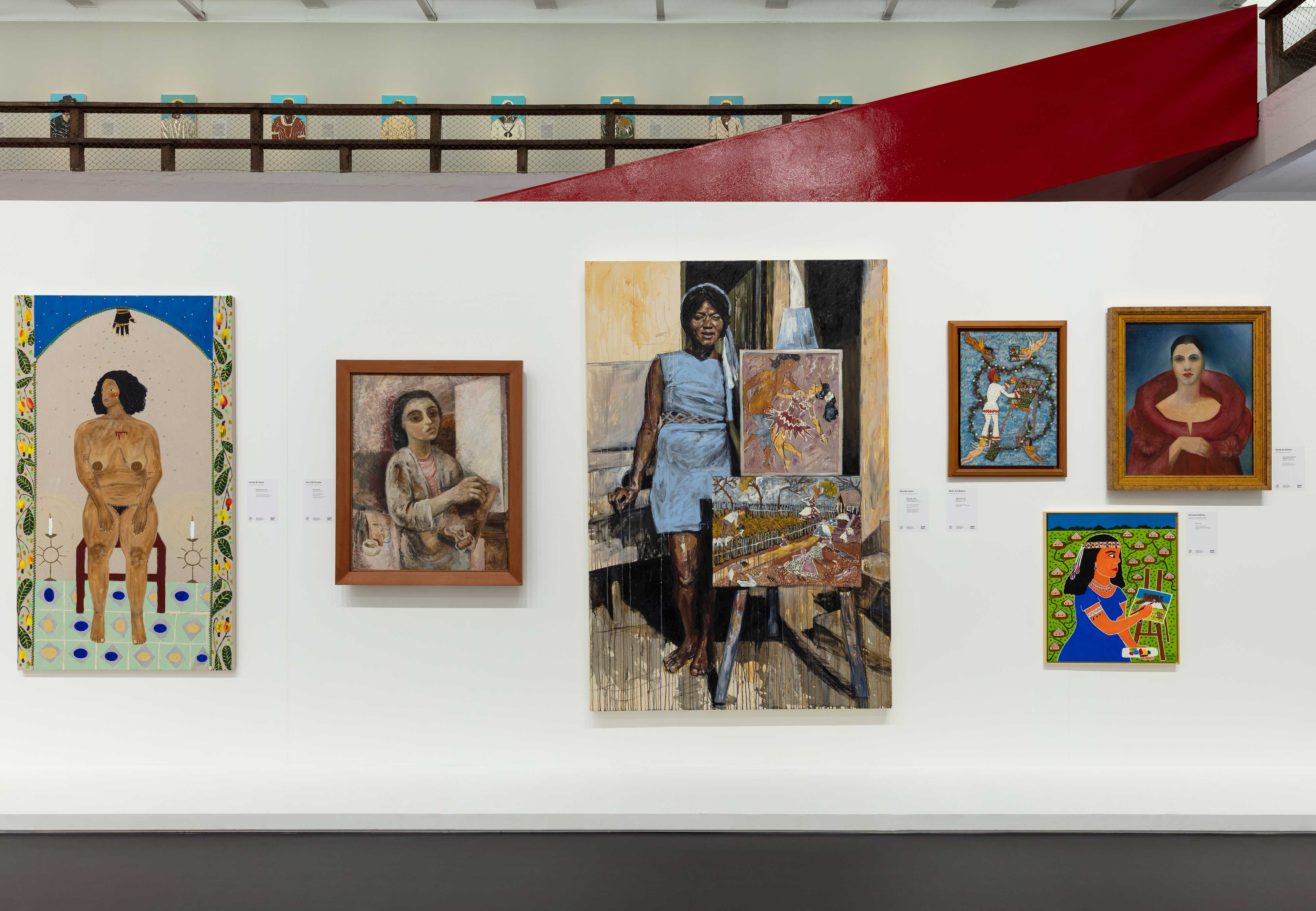 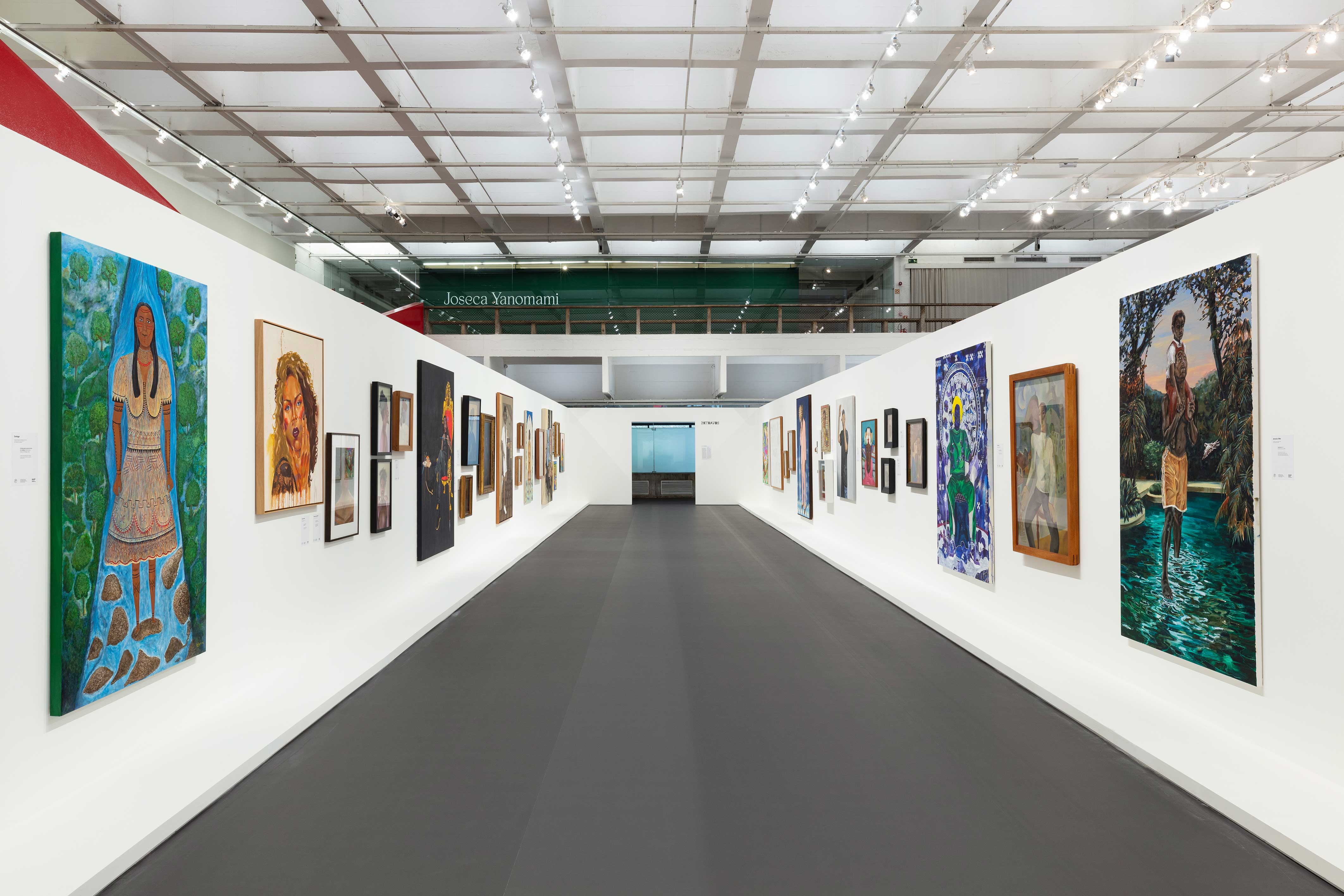 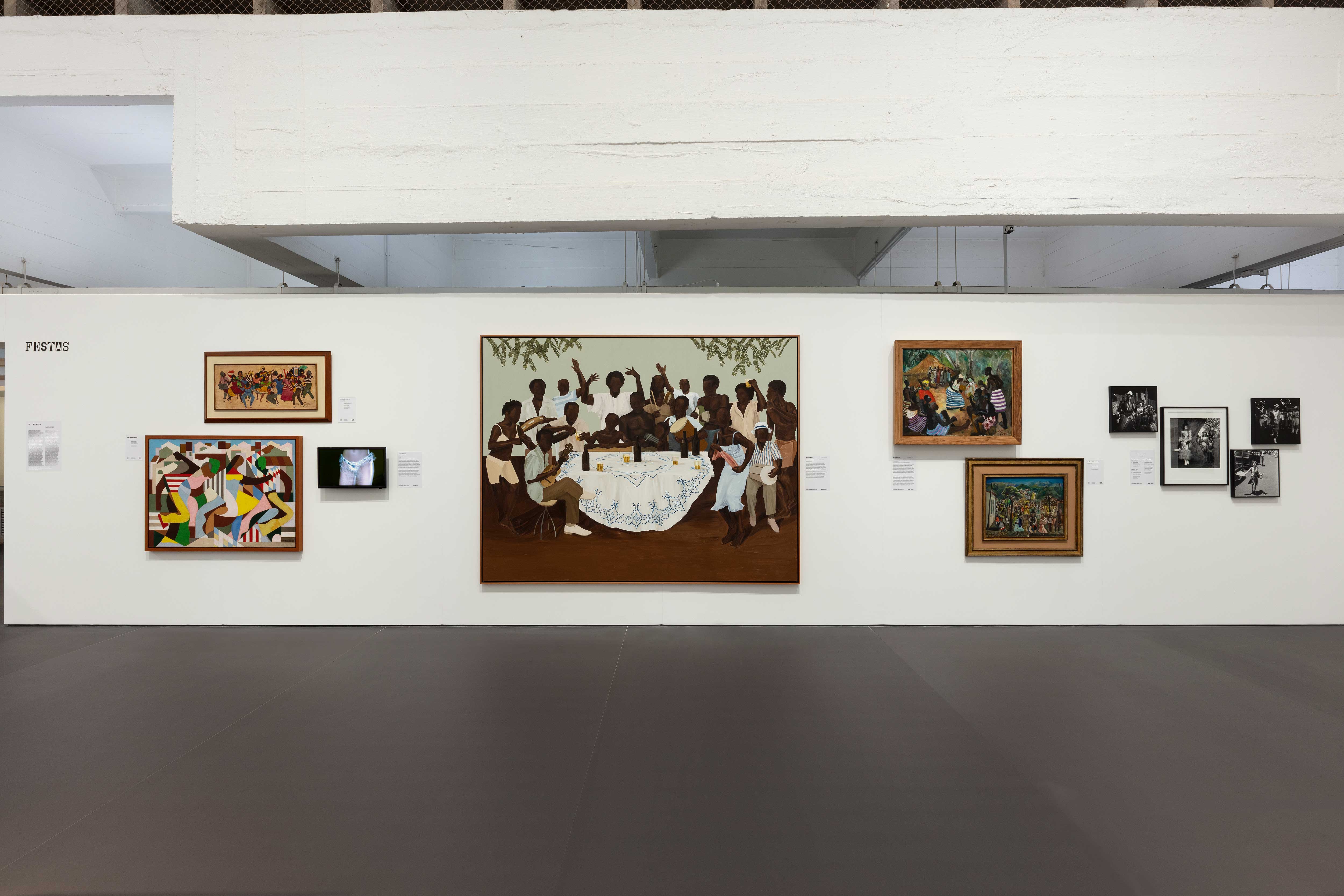 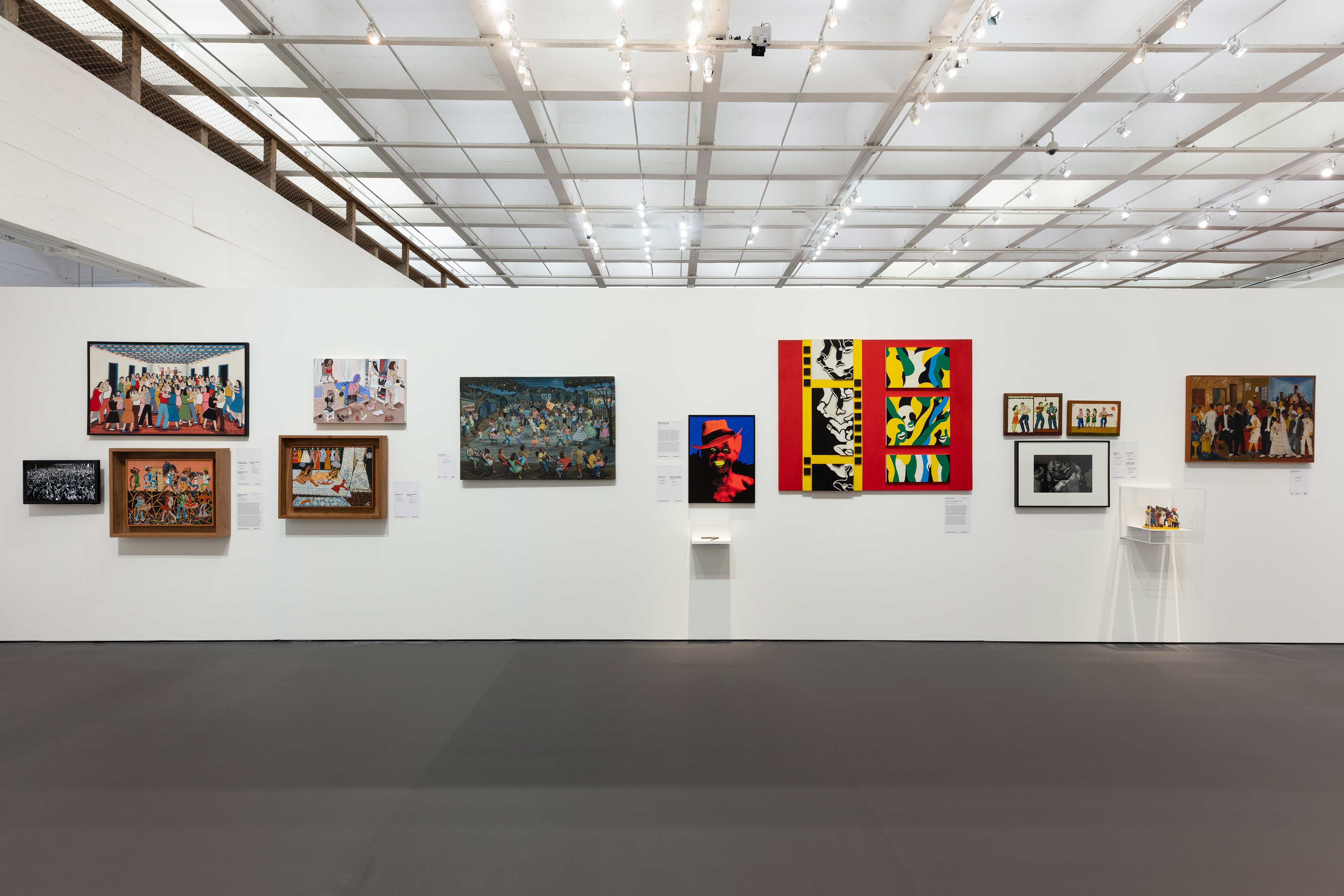 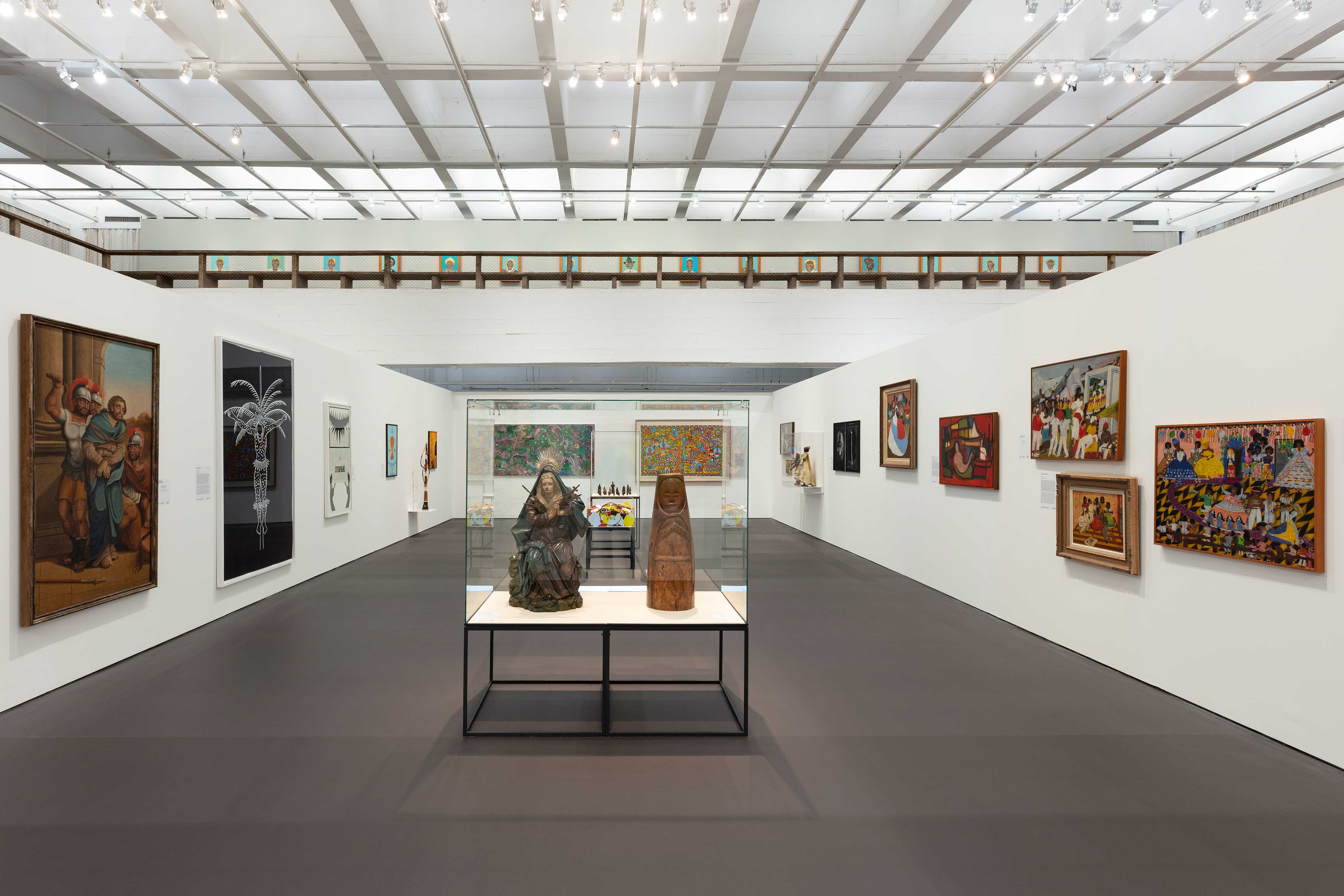 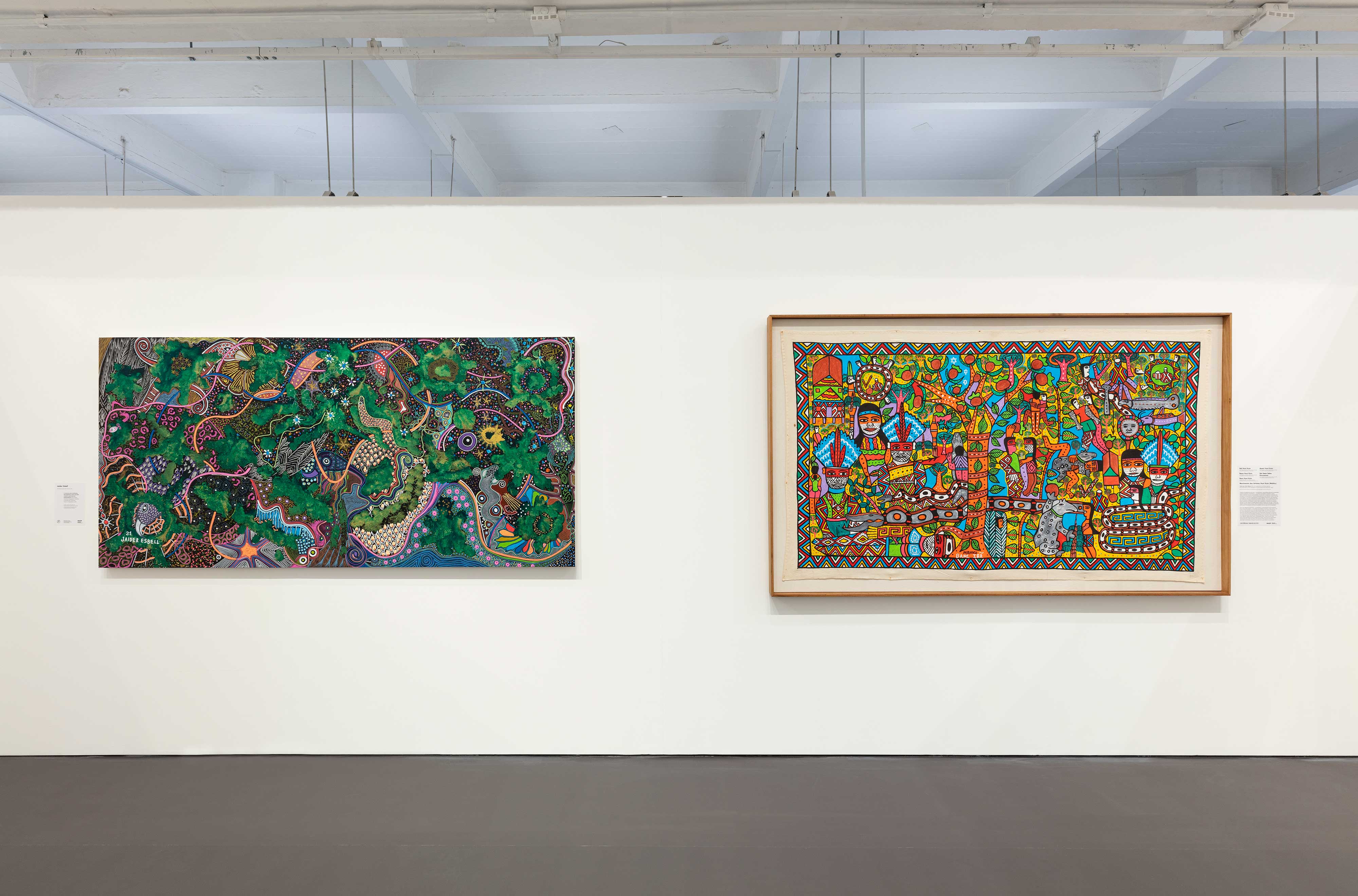 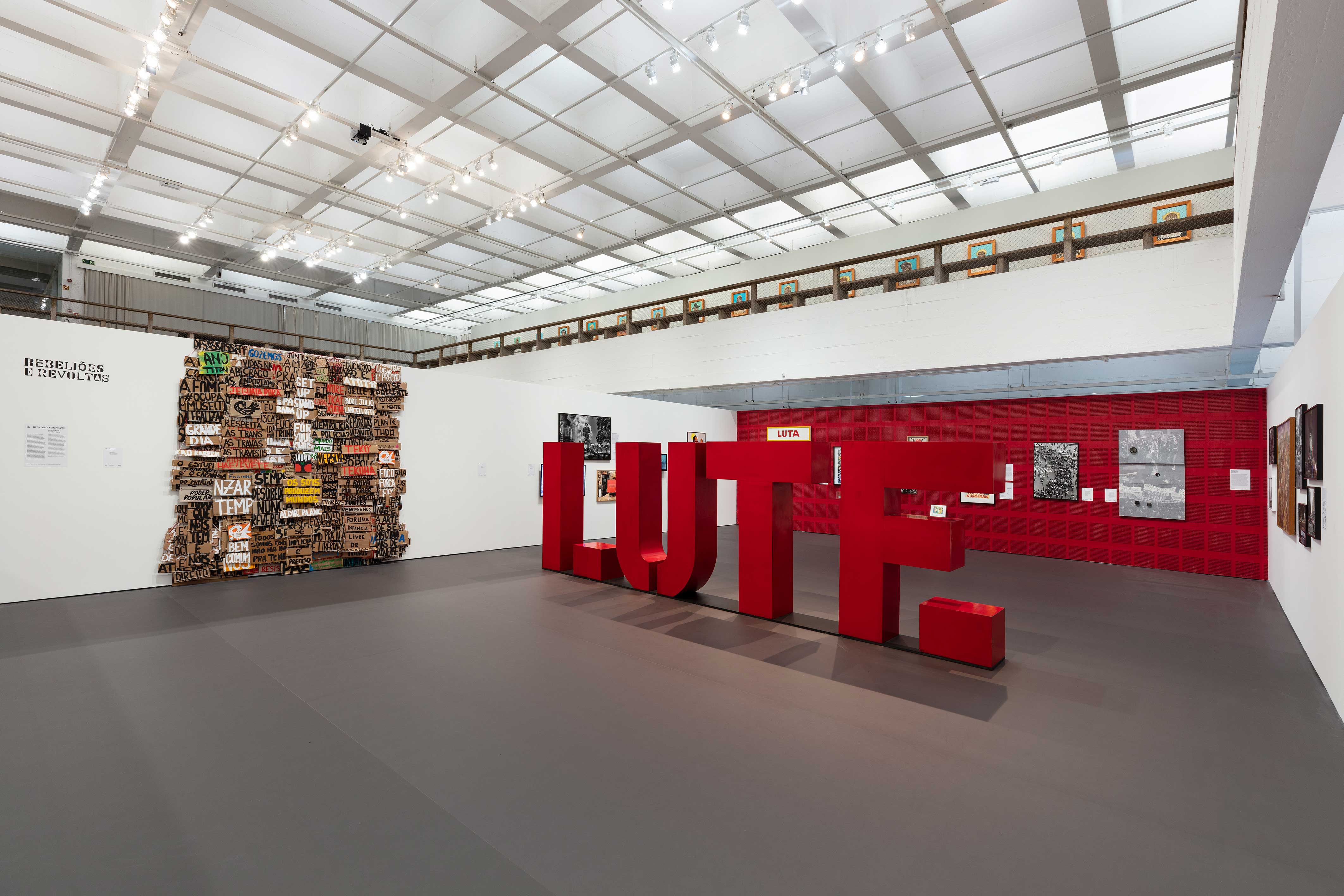 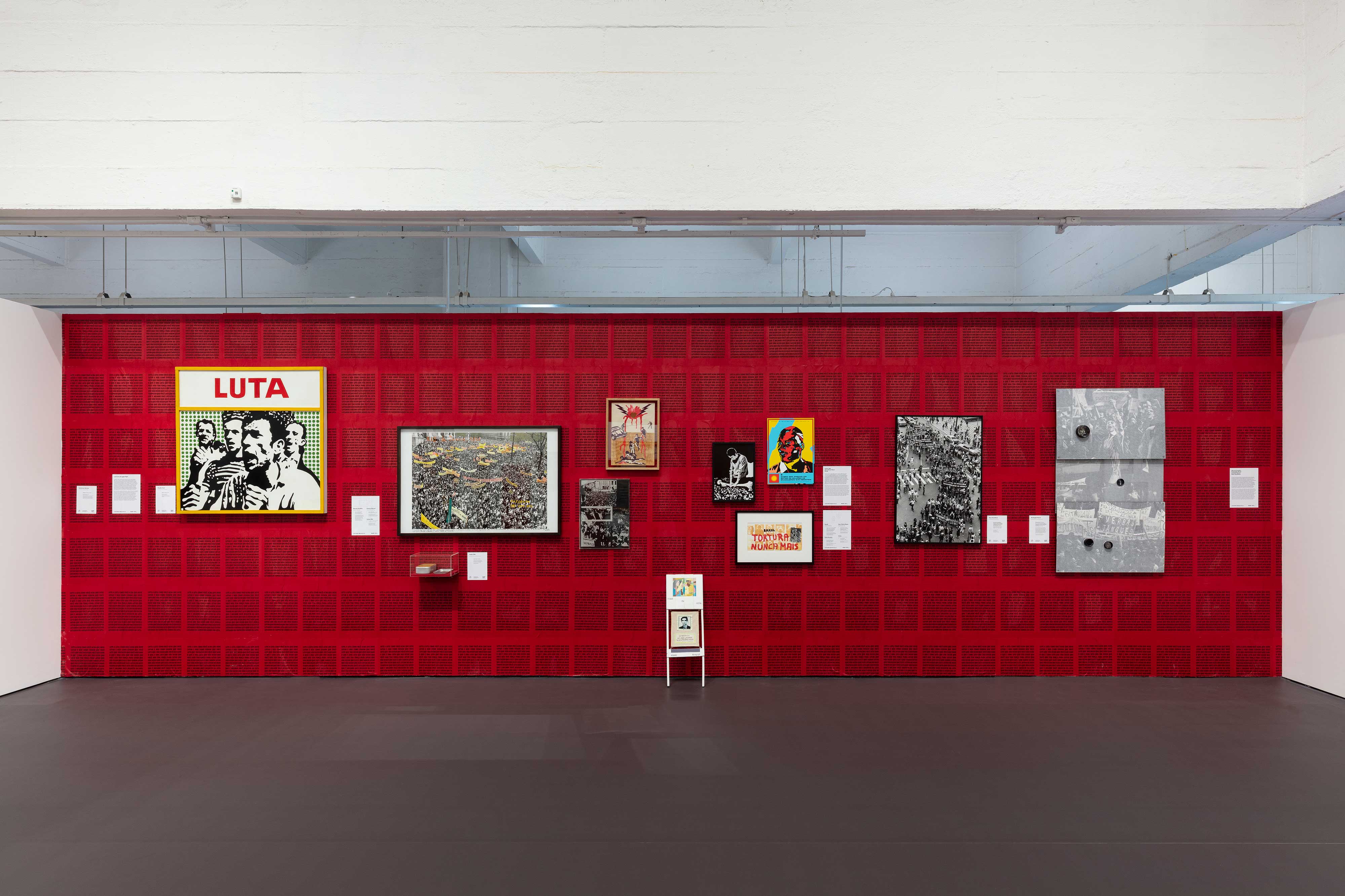 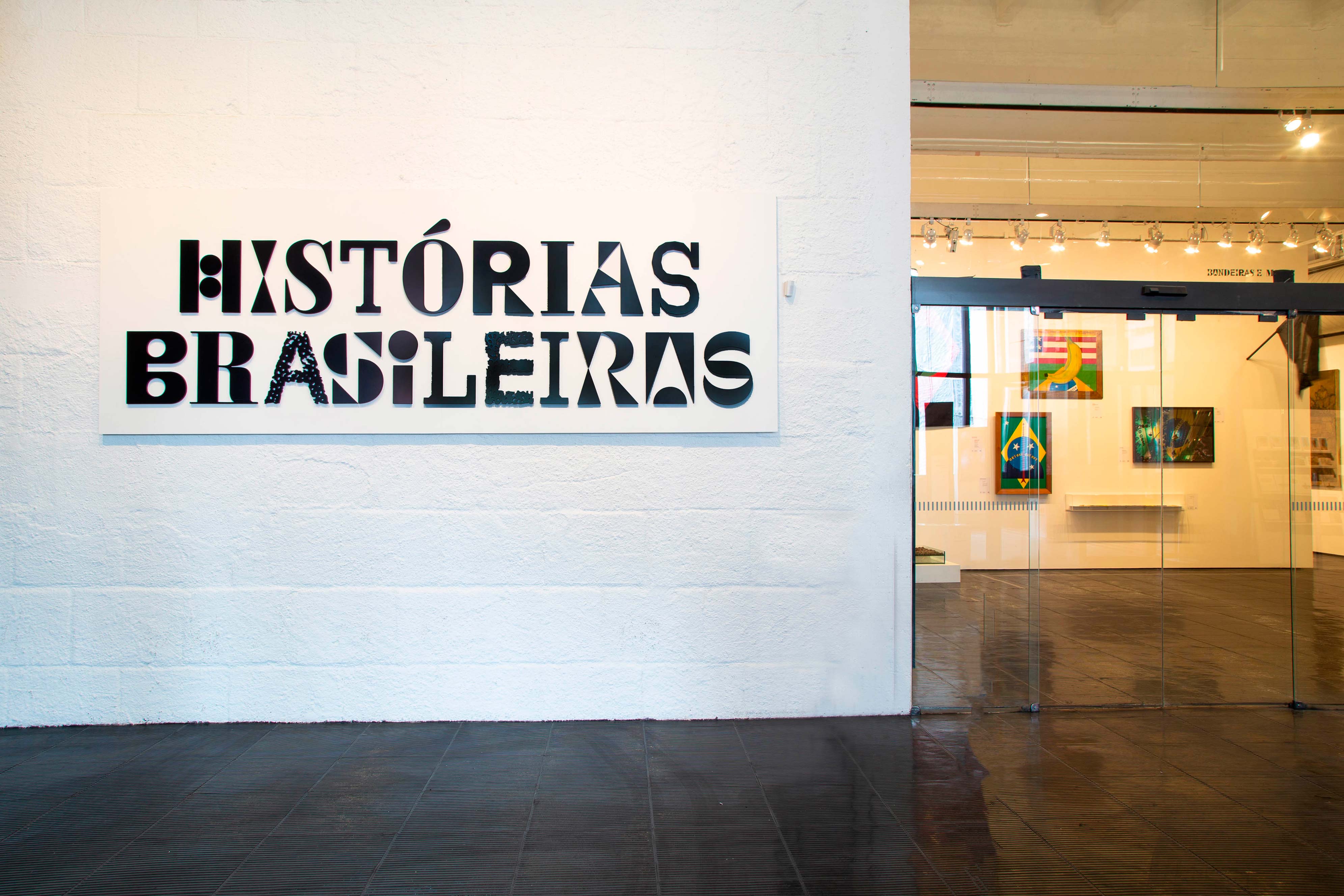 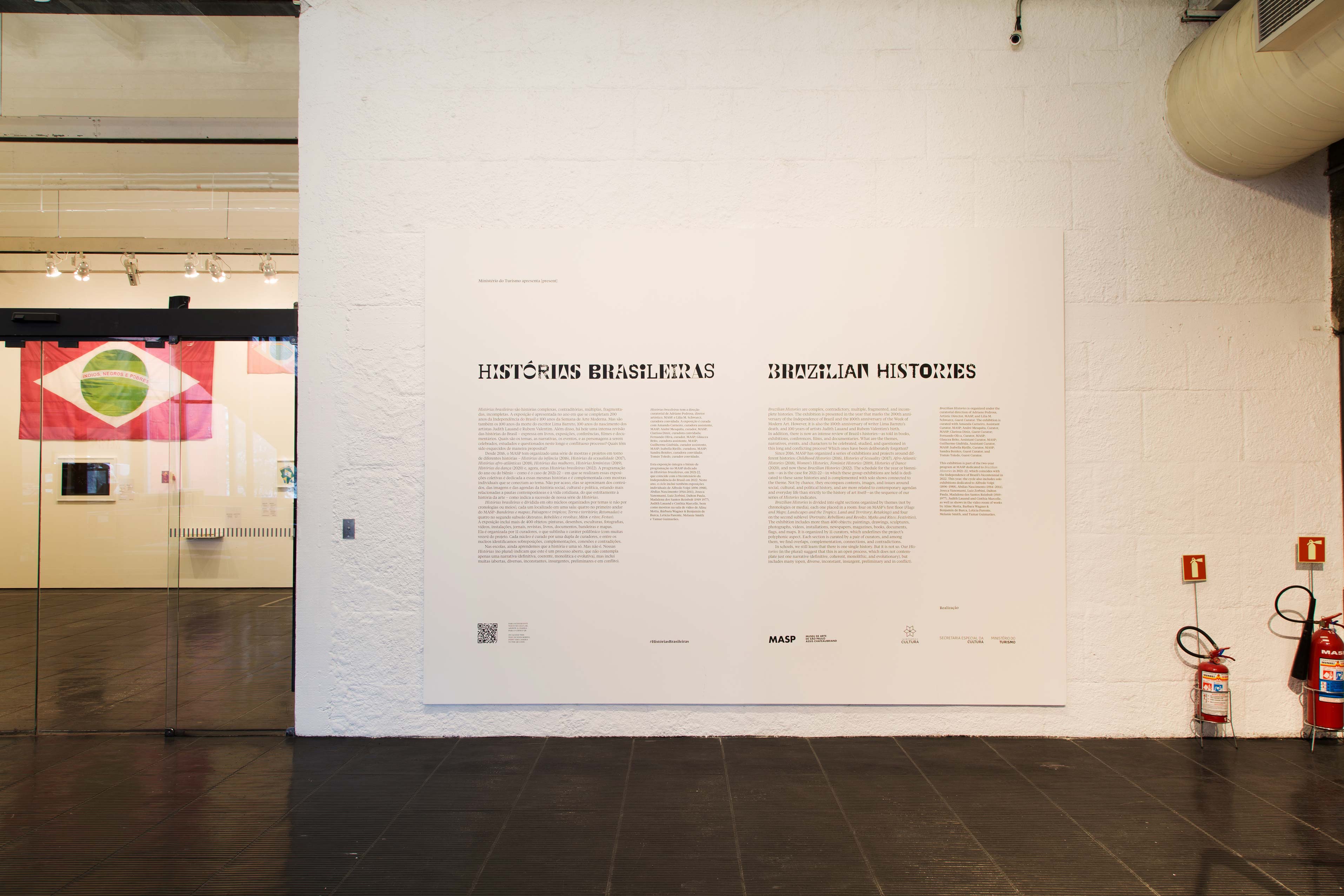 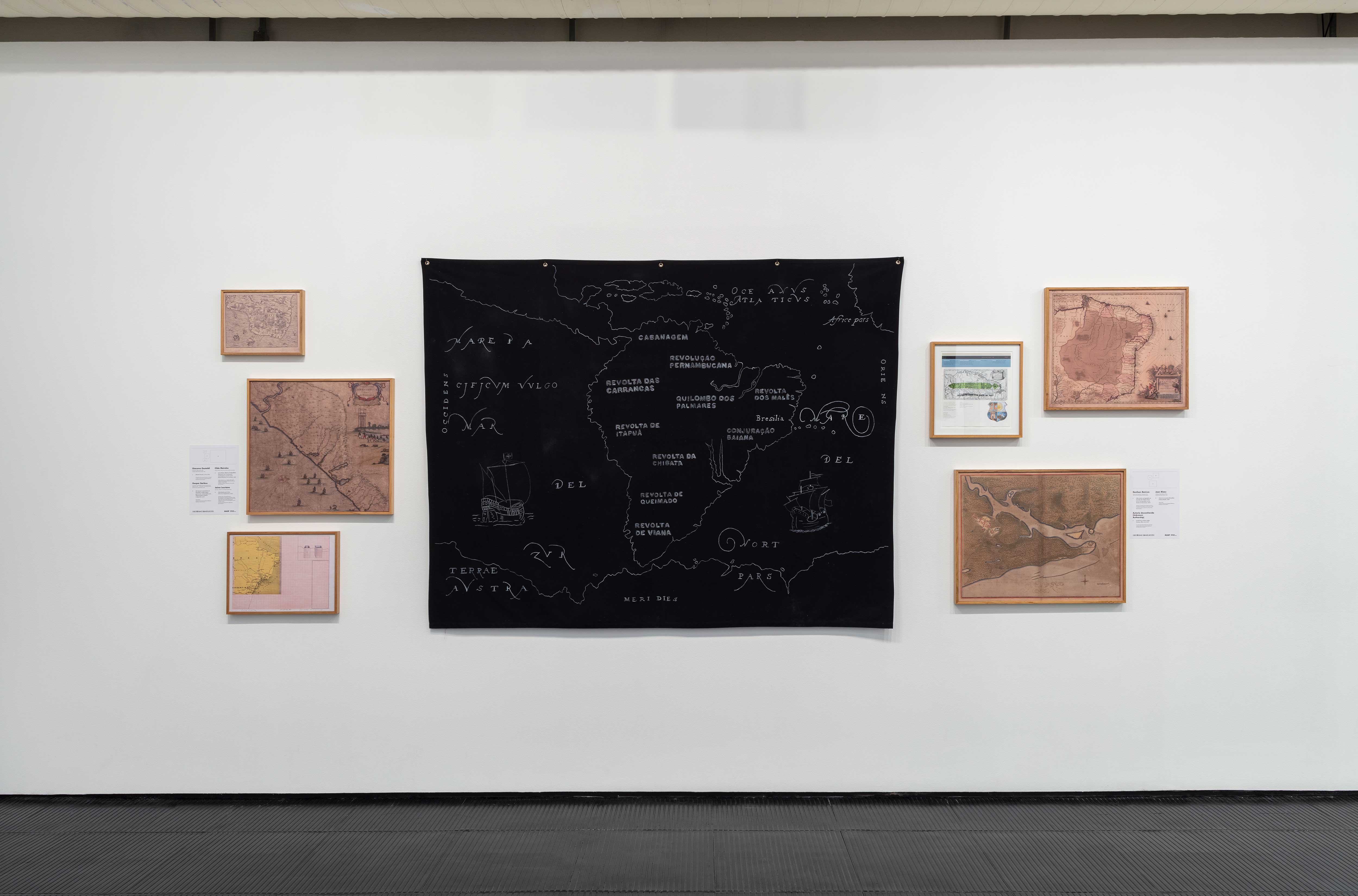 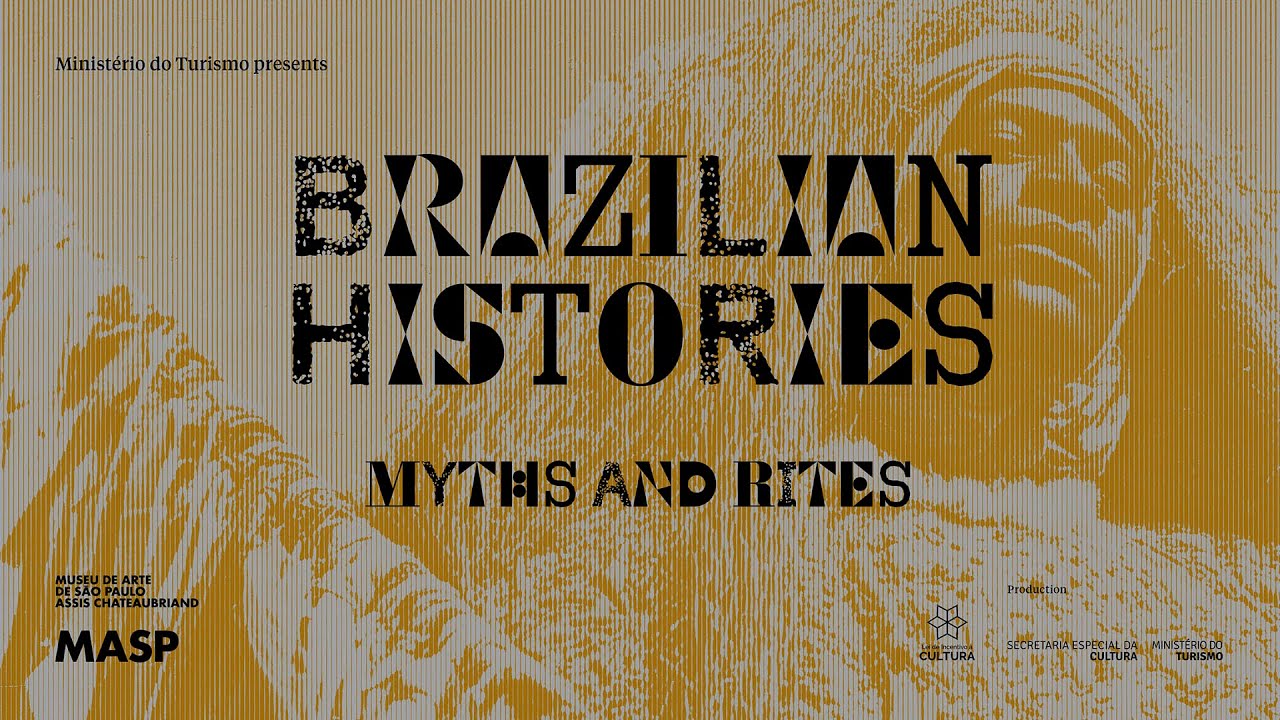 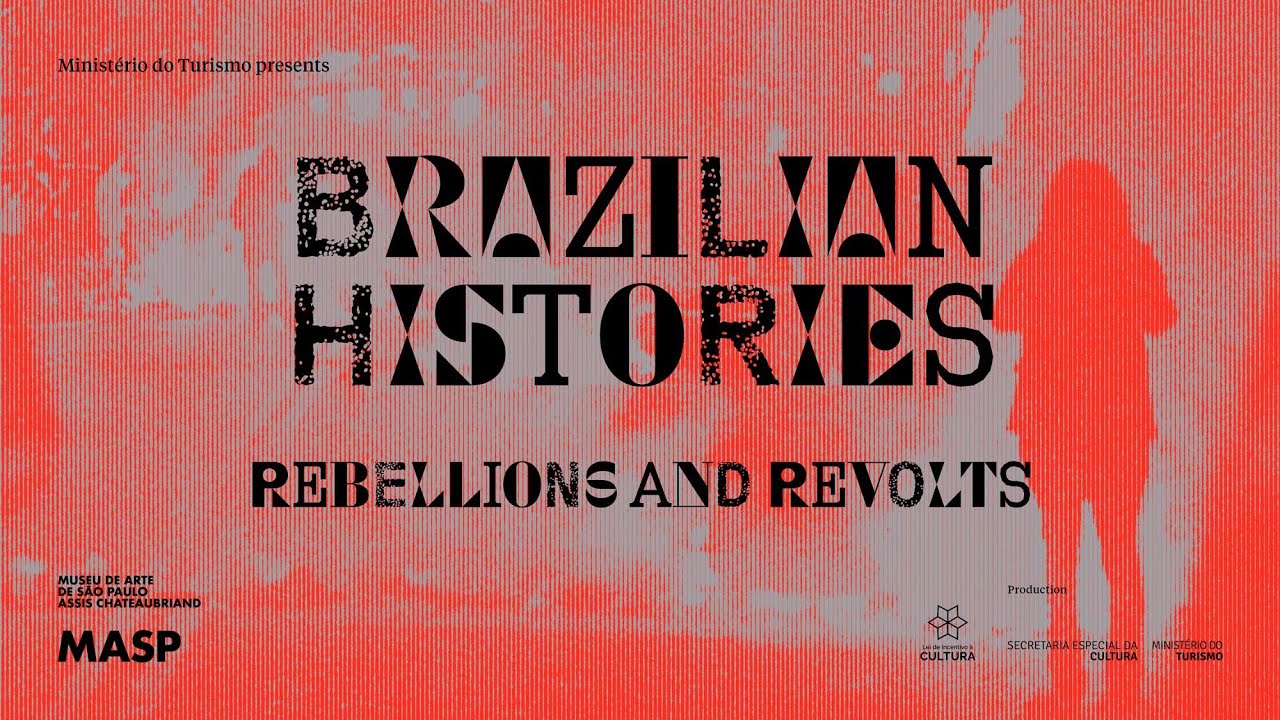 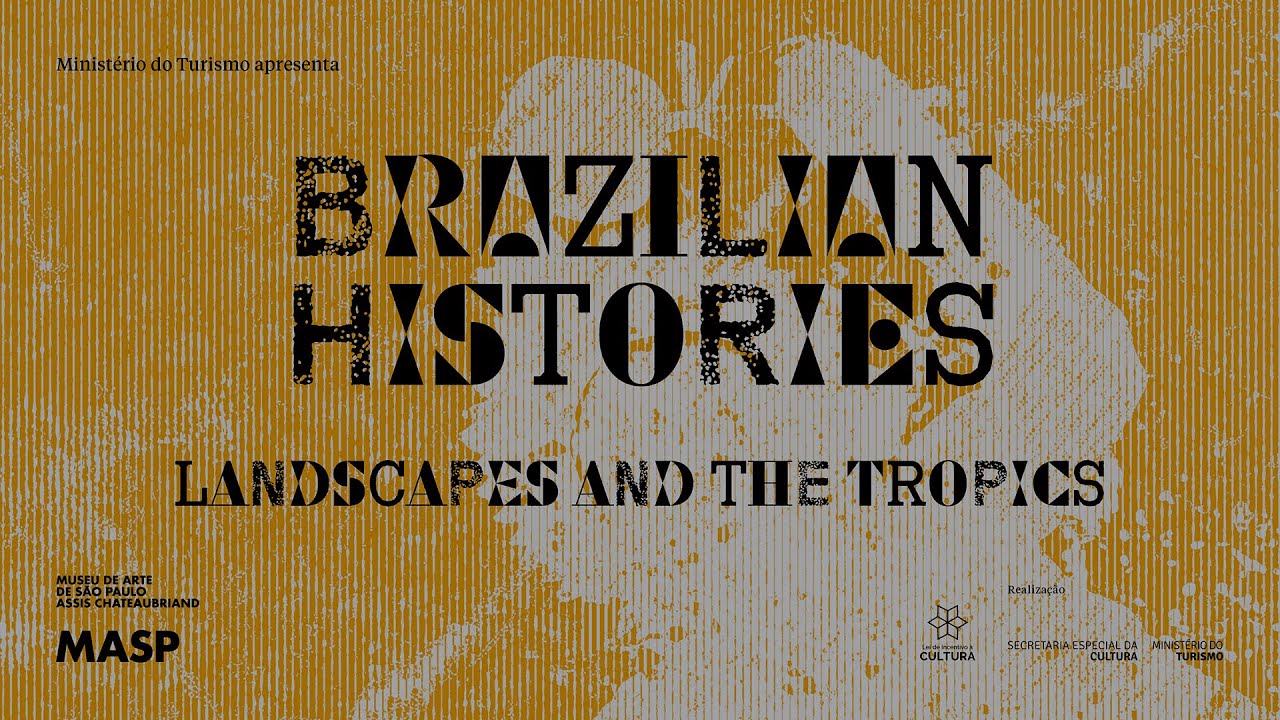 Section Landscapes and The Tropics 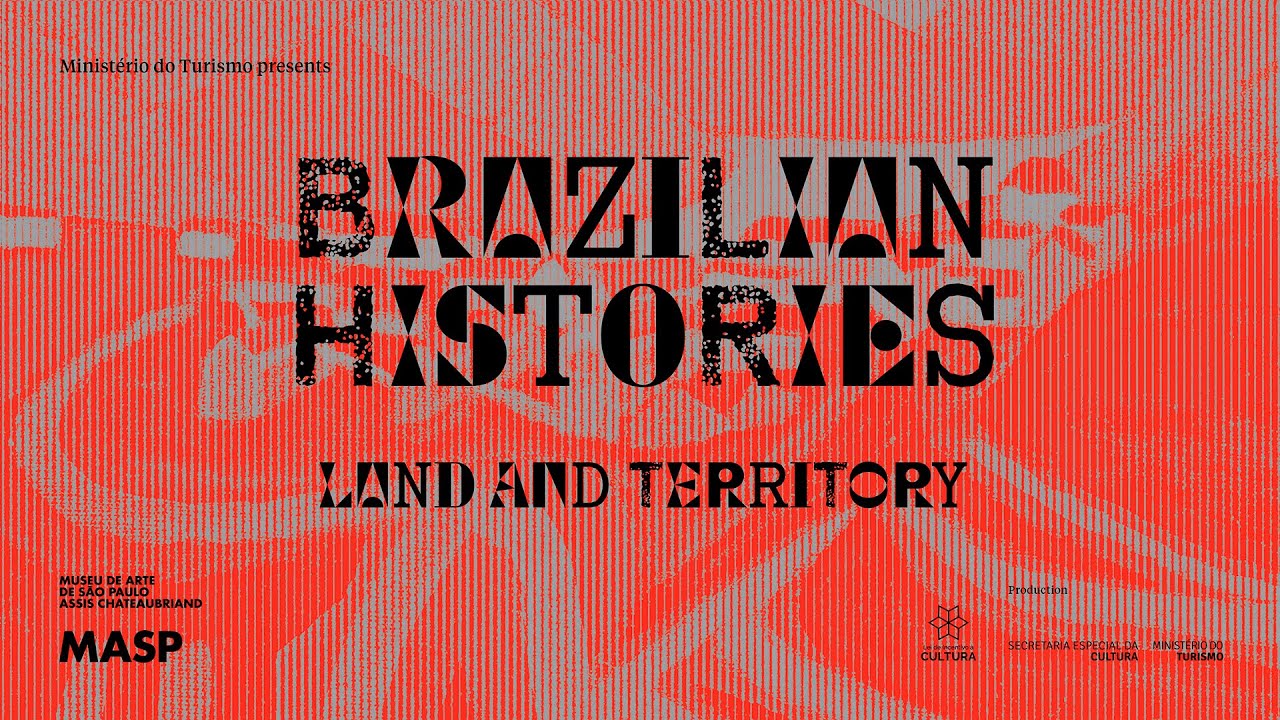 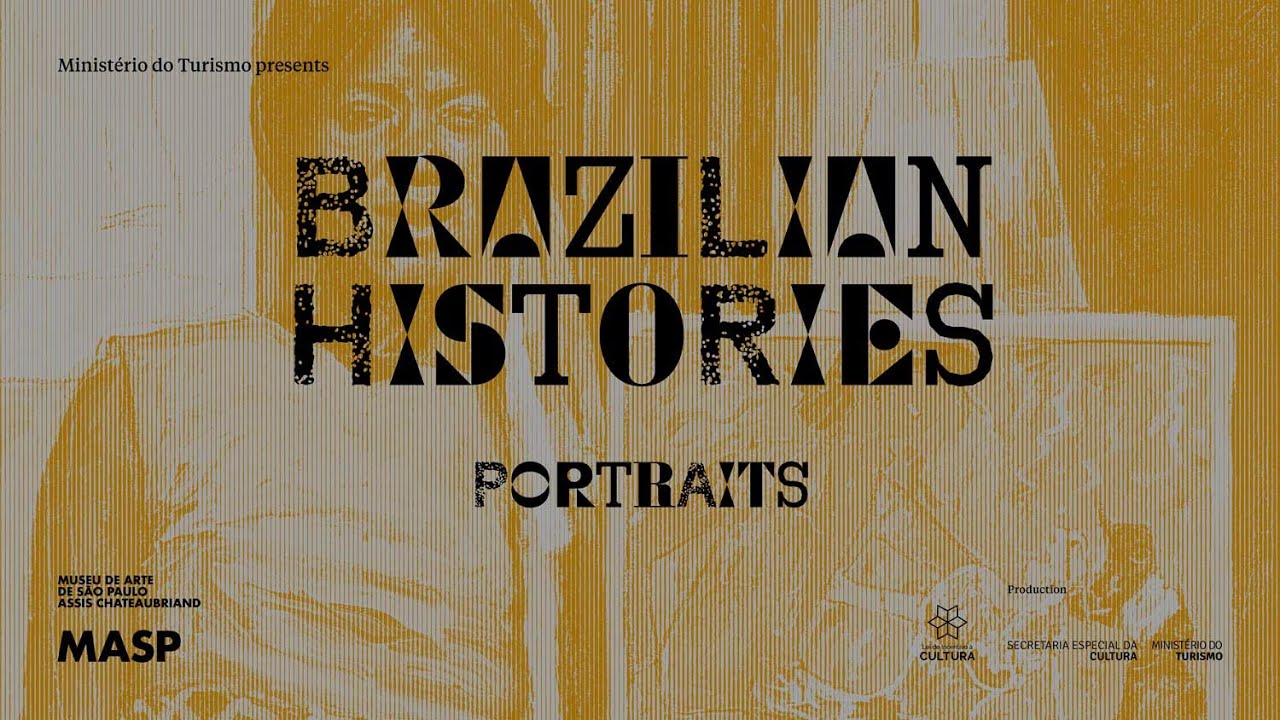 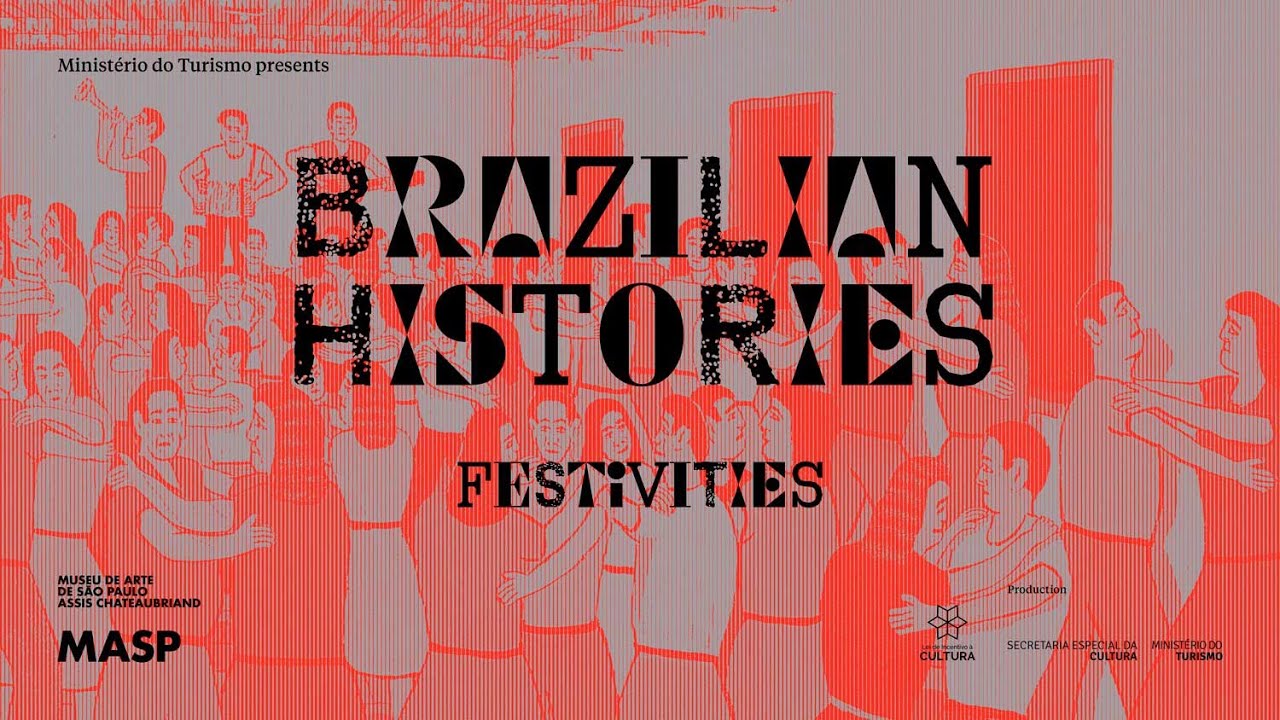 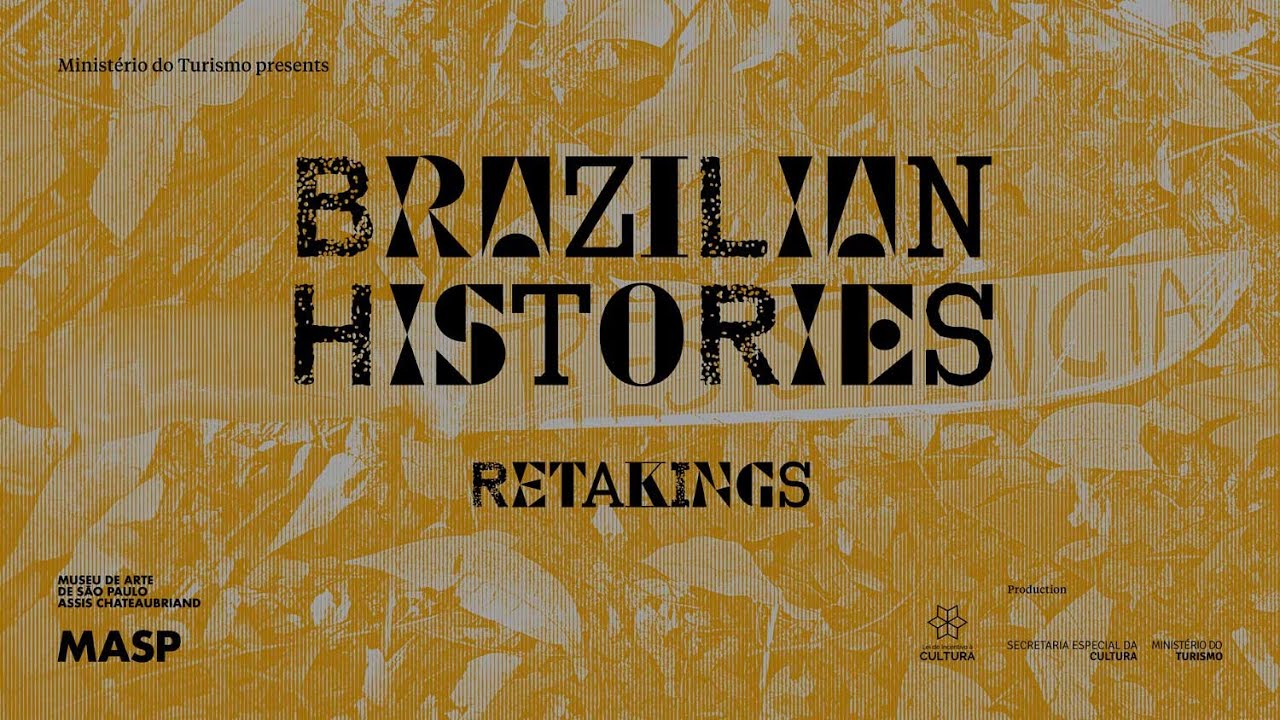