Cinthia Marcelle: By Means of Doubt

Cinthia Marcelle (Belo Horizonte, 1974) is one of the most relevant names in Brazilian contemporary art, working mainly with installation, photography, and video, but also with painting, collage, and drawing. This is the first panoramic exhibition devoted to the artist in Brazil and includes 49 works that encompass the two decades of her production, as well as a showcase with drawings, collages, and records that trace her process. The show gathers ten new works, some of them conceived in tandem with the museum’s architecture, as well as works produced in partnership with Tiago Mata Machado and Jean Meeran.

The way objects, ideas, and concepts are organized in the world, as well as the power structures and hierarchies that sustain these political, social, or cultural organization systems are core subjects in the artist’s production. Whether through large-scale installations or orchestrated actions involving several collaborators (such as roofers, performers, cleaning workers, or jugglers), Marcelle creates situations and interventions that question power hierarchies and invite us to reimagine other forms of collective organization. Events such as confrontations, revolts, and uprisings are present in the artist’s oeuvre for their ability to destabilize and reorganize the structures in which they are included. Materials from school or construction sites are also present in her work, evoking the power of social transformation that exists in these contexts.

The exhibition’s subtitle, Por via das dúvidas (“just in case,” or literally “by means of doubt”), derives from one of Marcelle’s works, which consists of drawing, with masking tape on a sheet of paper, a brick wall. The tape and the paper are the same color, turning this into an opaque but not invisible barrier. Over time, the tape ages and takes on yellowish shades, highlighting on the white paper the image of a wall in ruins. This work brings together procedures and ideas that unfold and are applied repeatedly in several of the artist’s works, such as the use of everyday materials, color and time as elements capable of making visible or invisible the barriers that separate, organize, or limit us. Lastly, “por via das dúvidas” is also an expression that means caution when one faces a certain situation. With this work, Marcelle evokes rupture and breaking—to which the ruined wall is a symbol—as possible actions in the face of the structures that limit, surround, and remove the horizons of different bodies, subjects, and subjectivities. 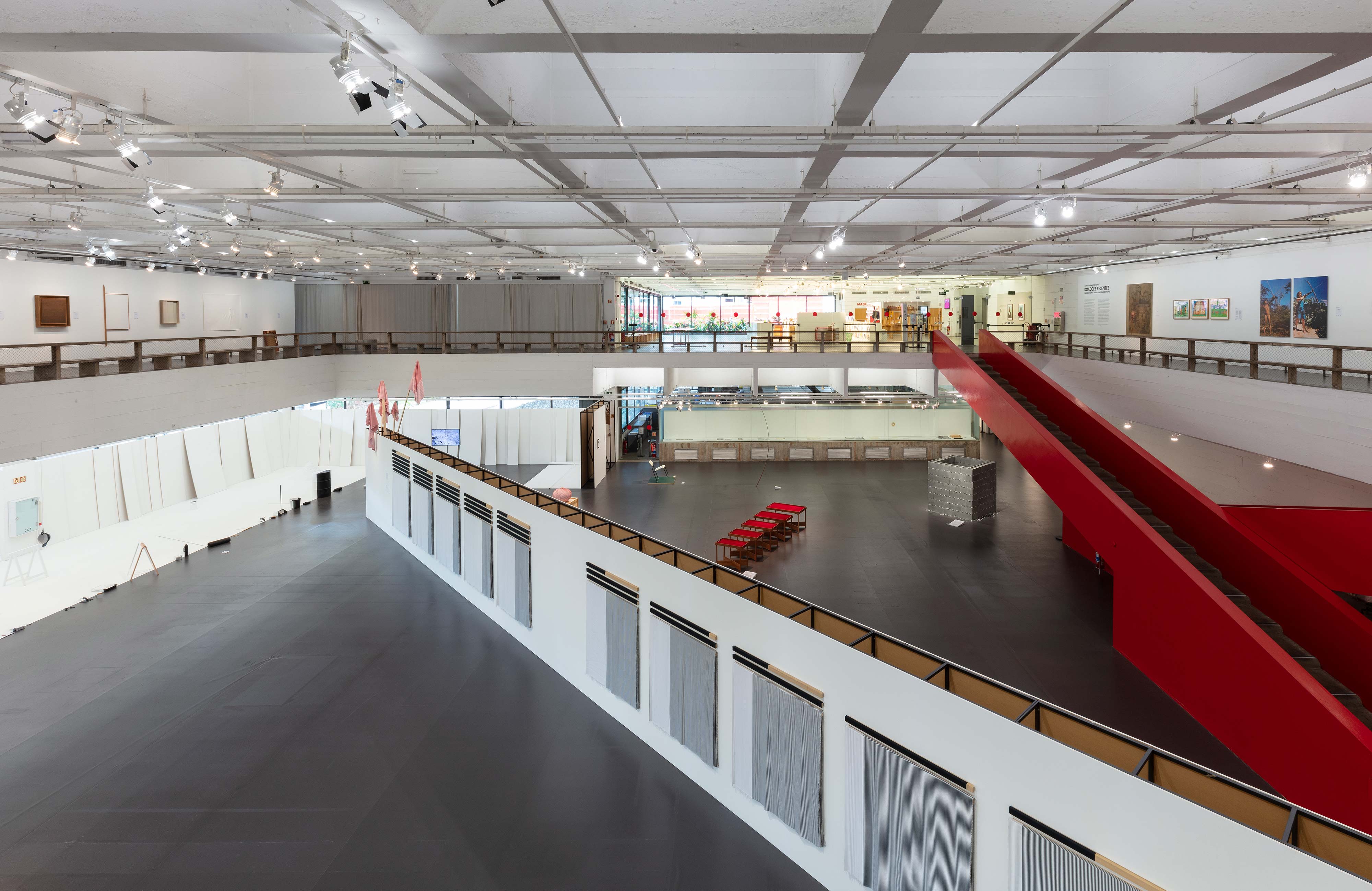 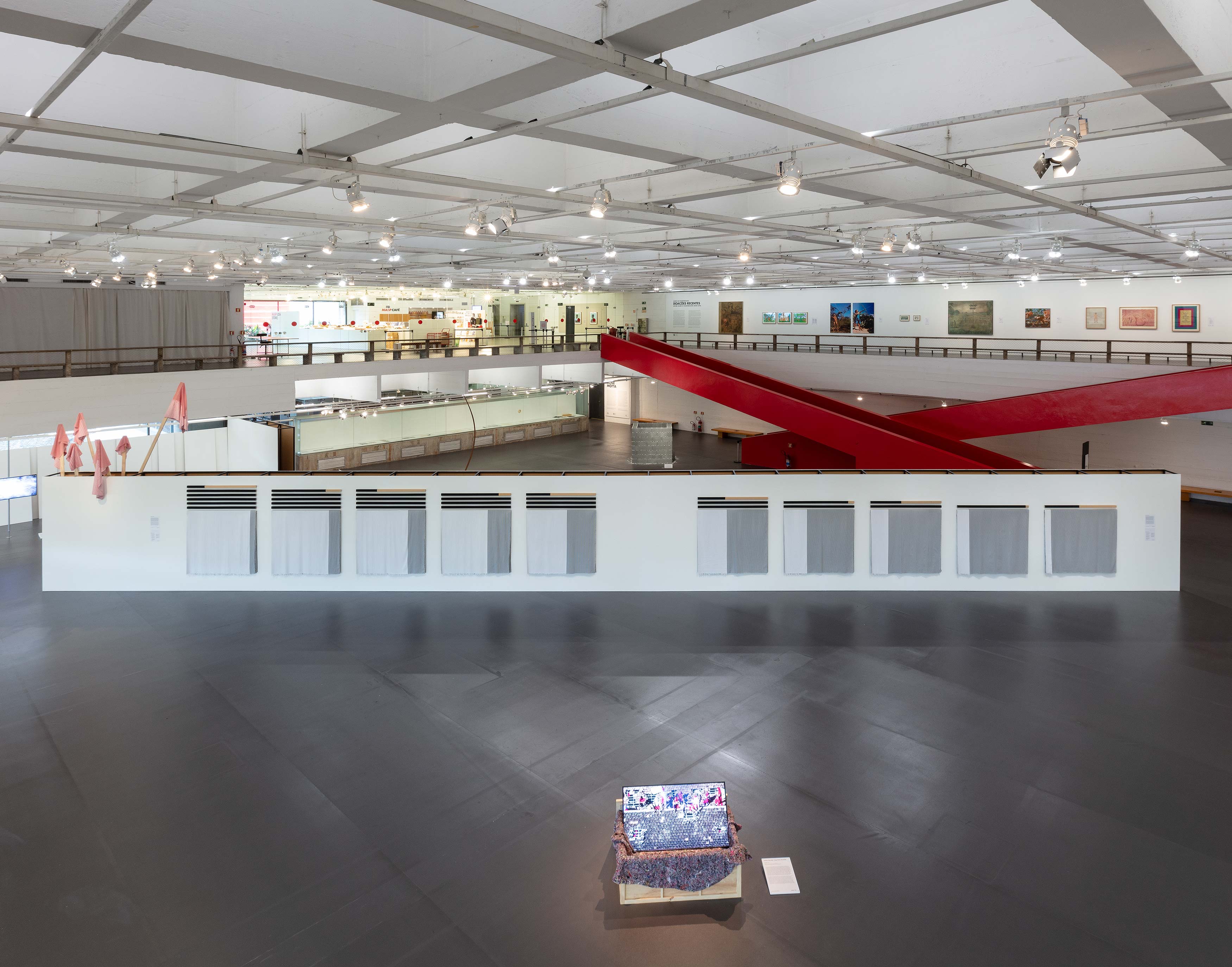 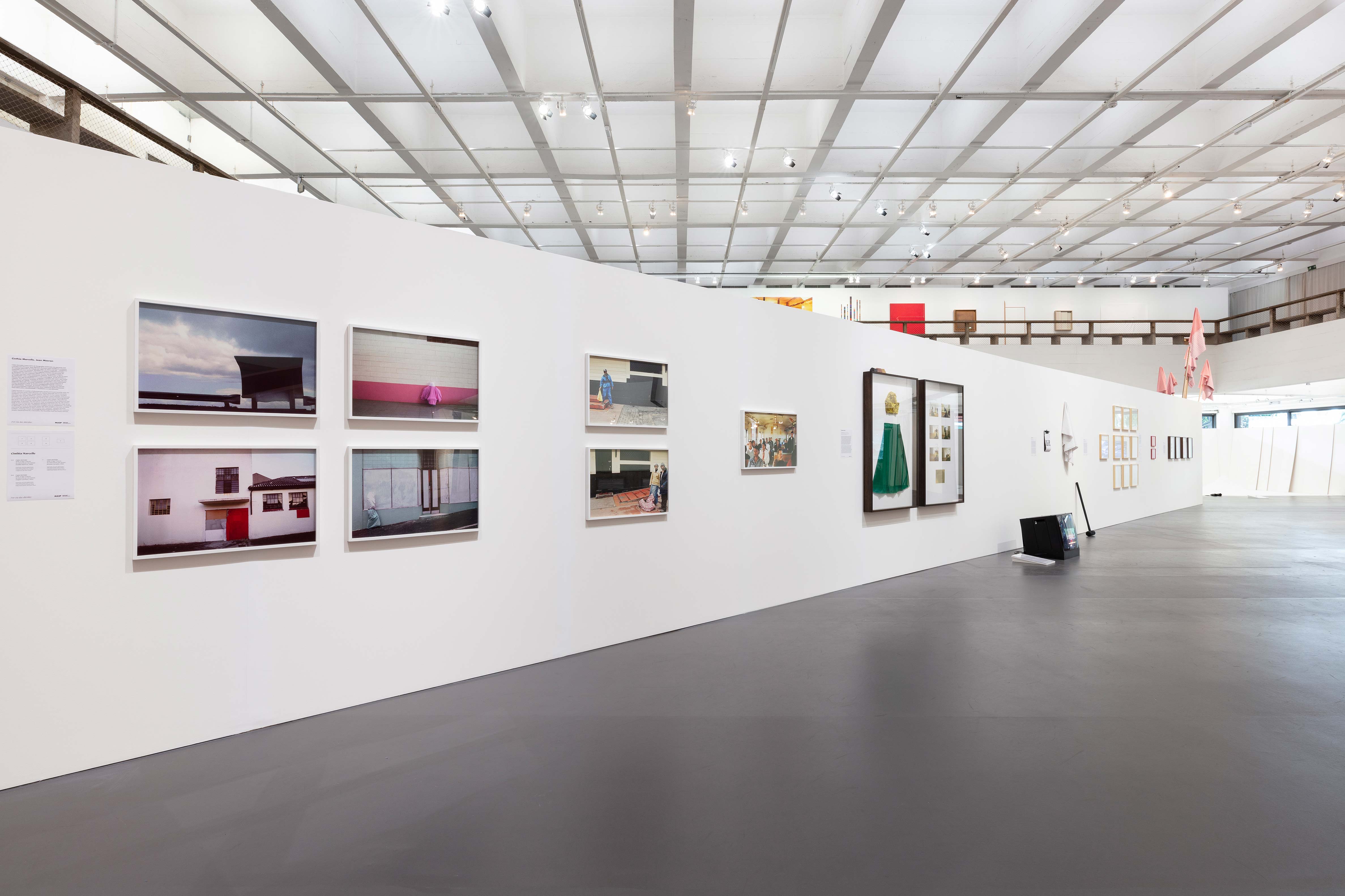 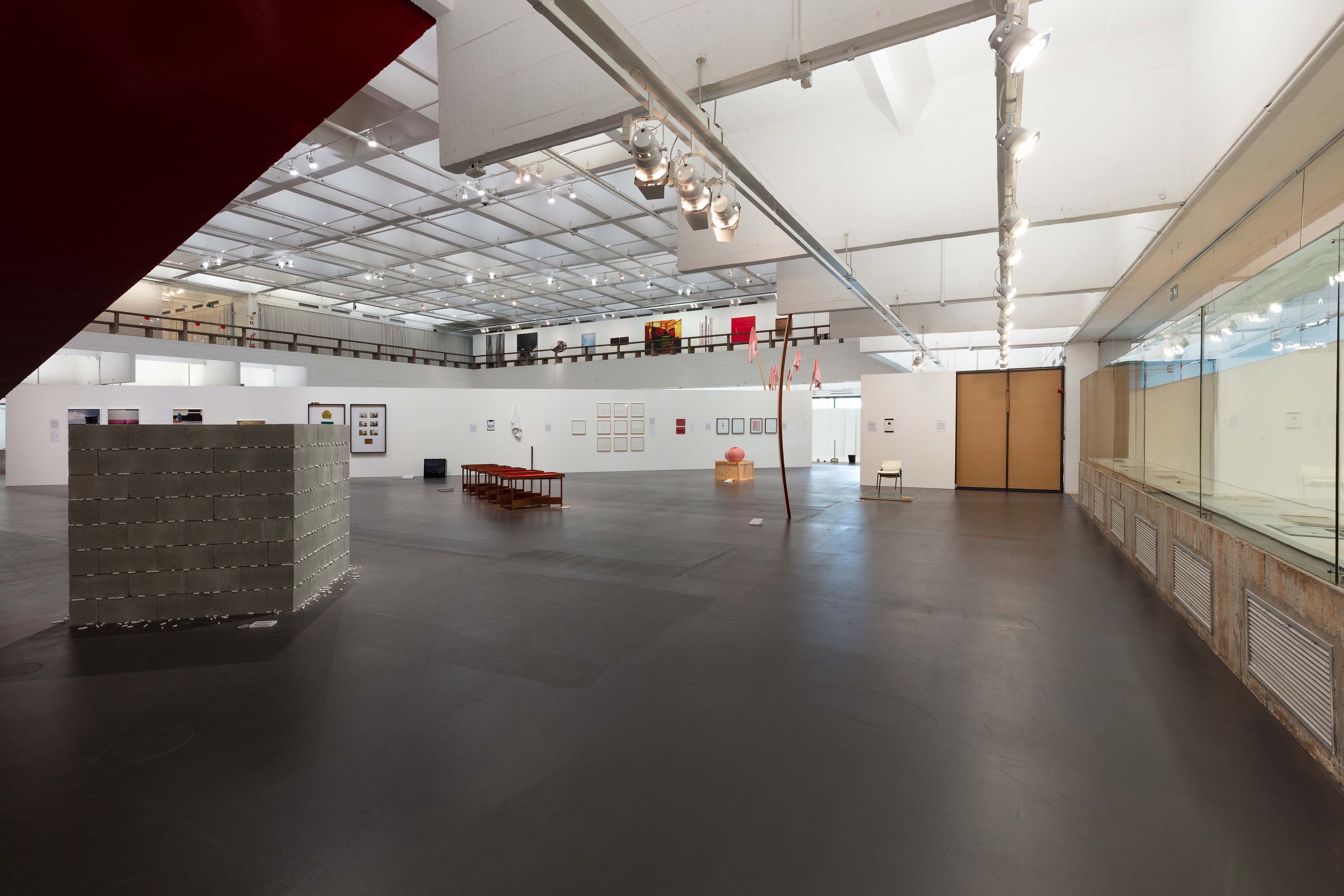 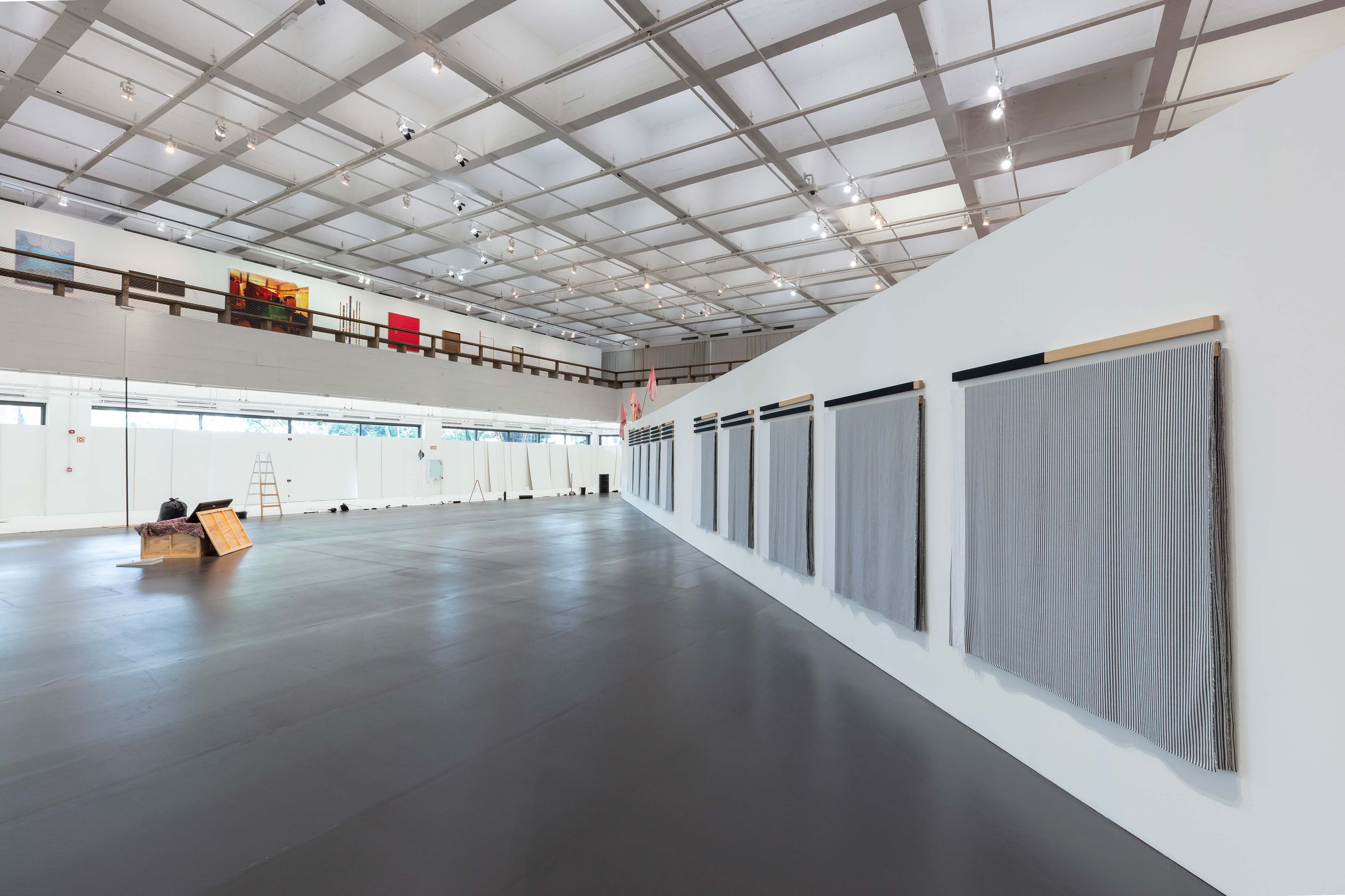 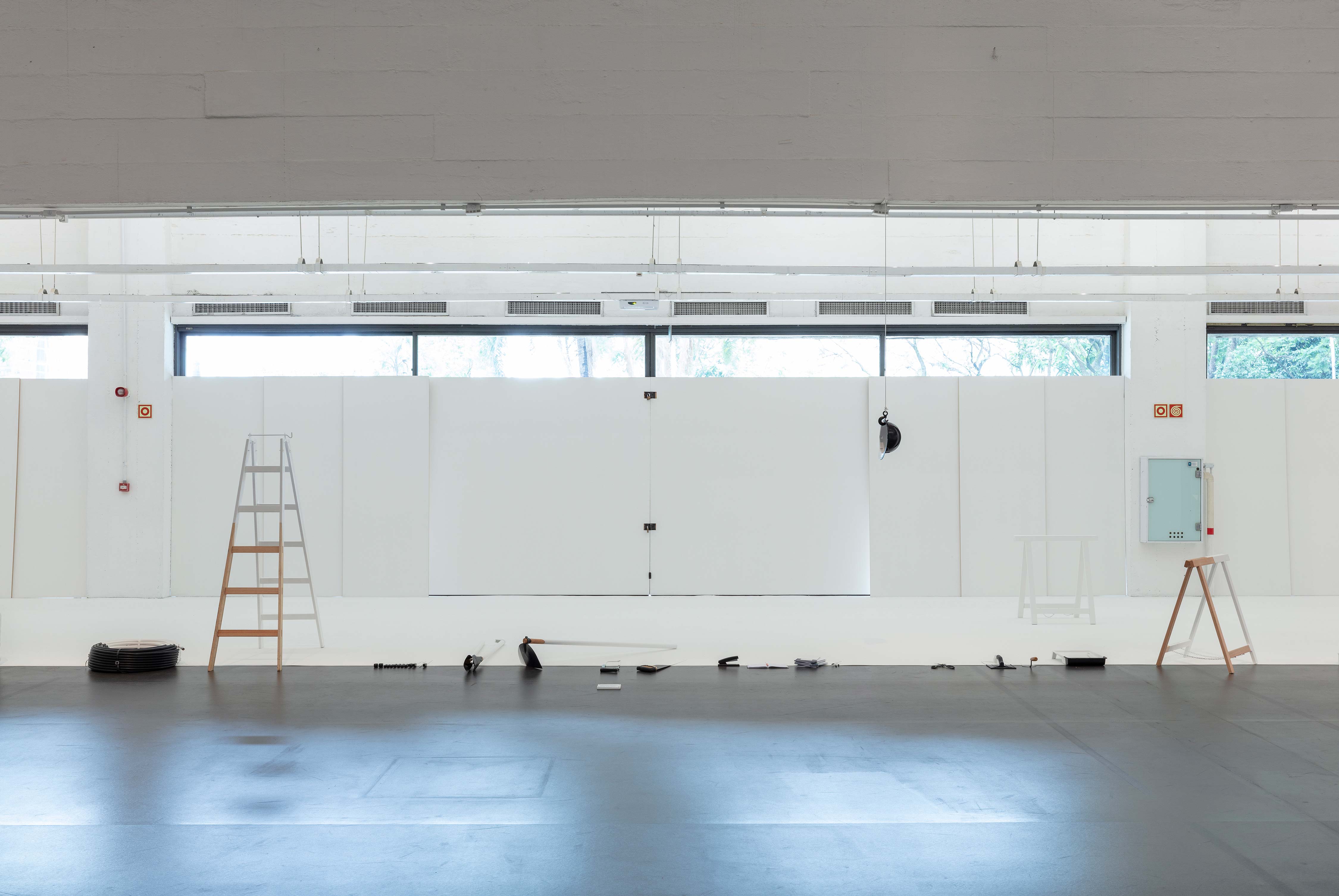 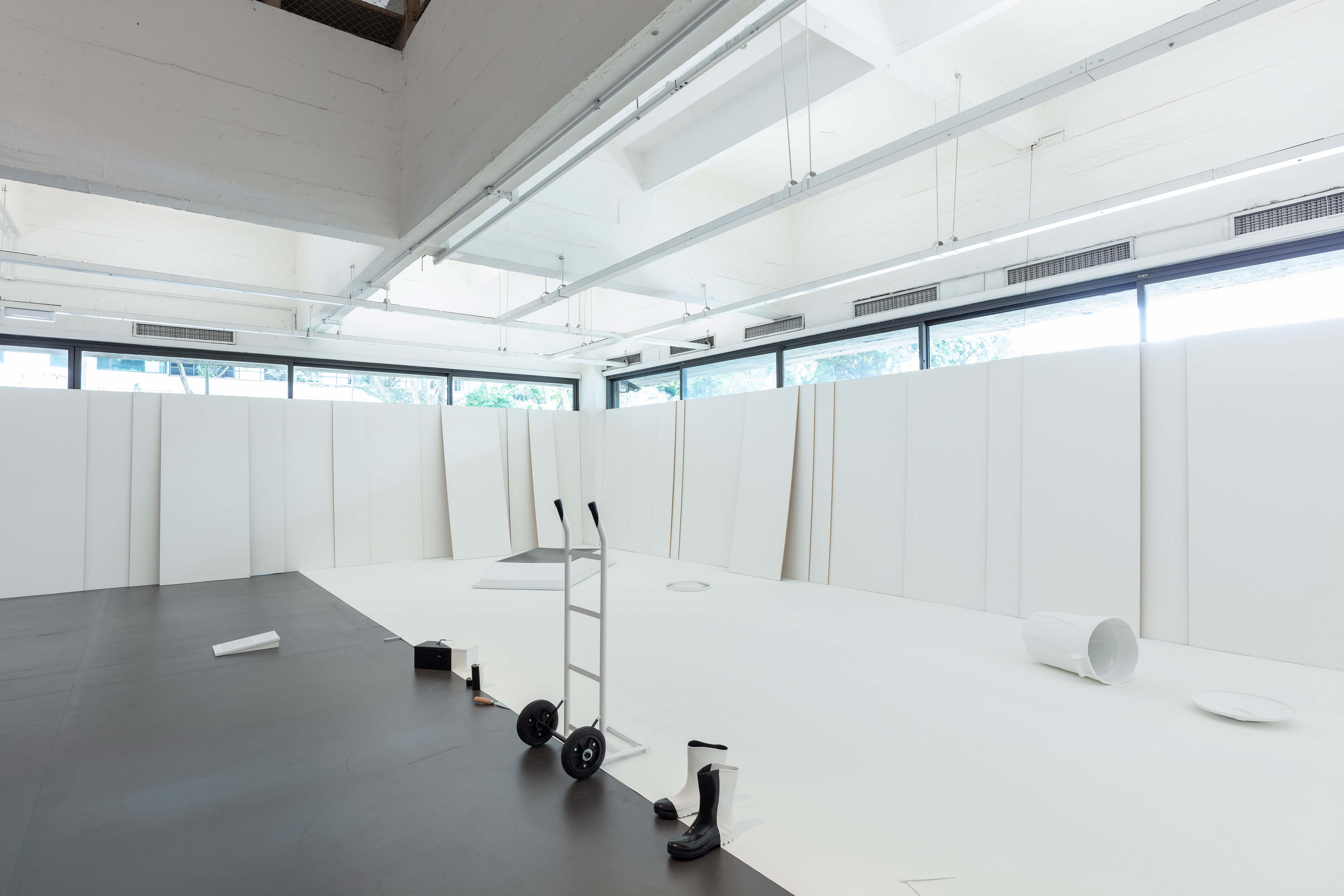 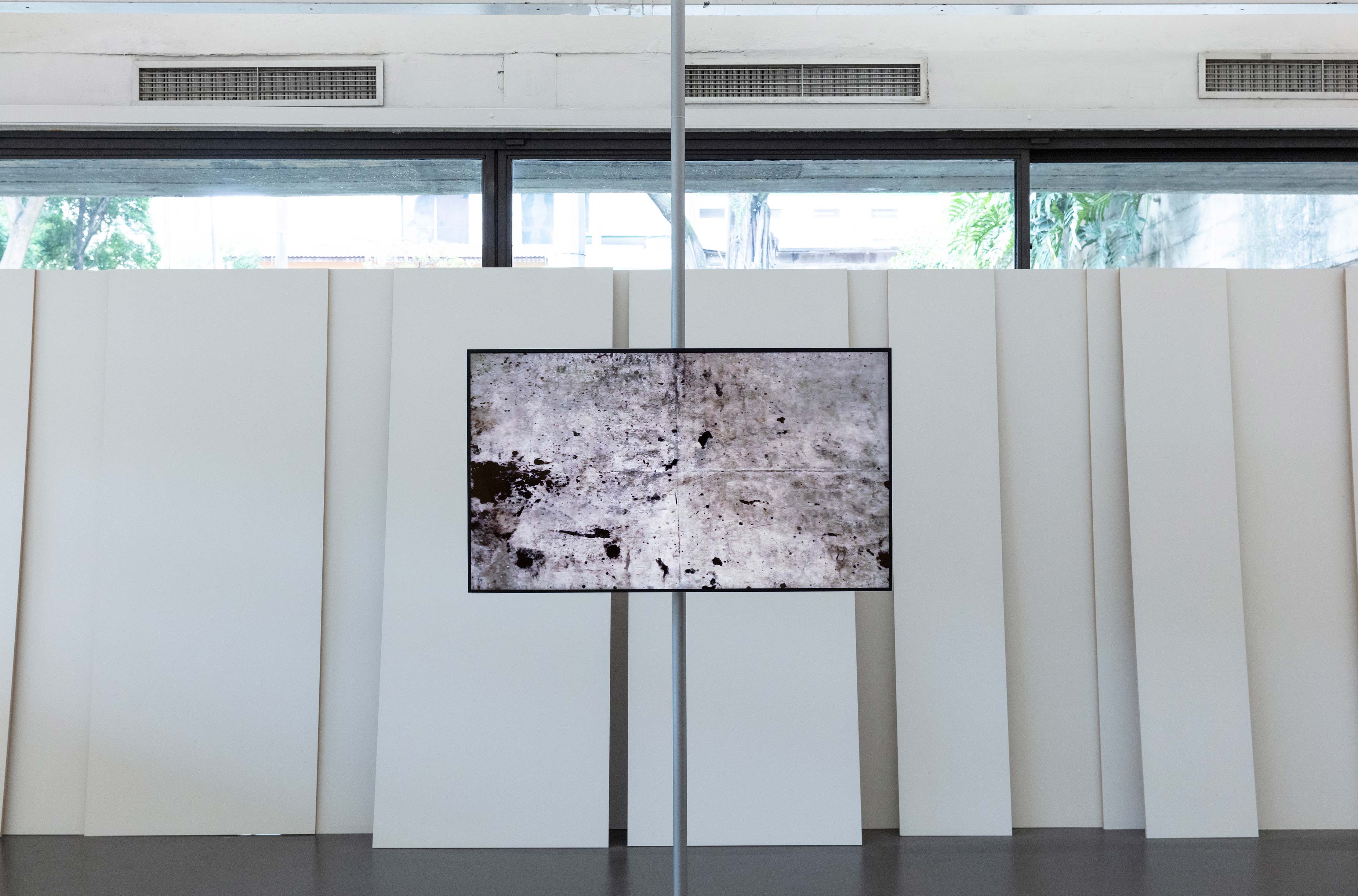 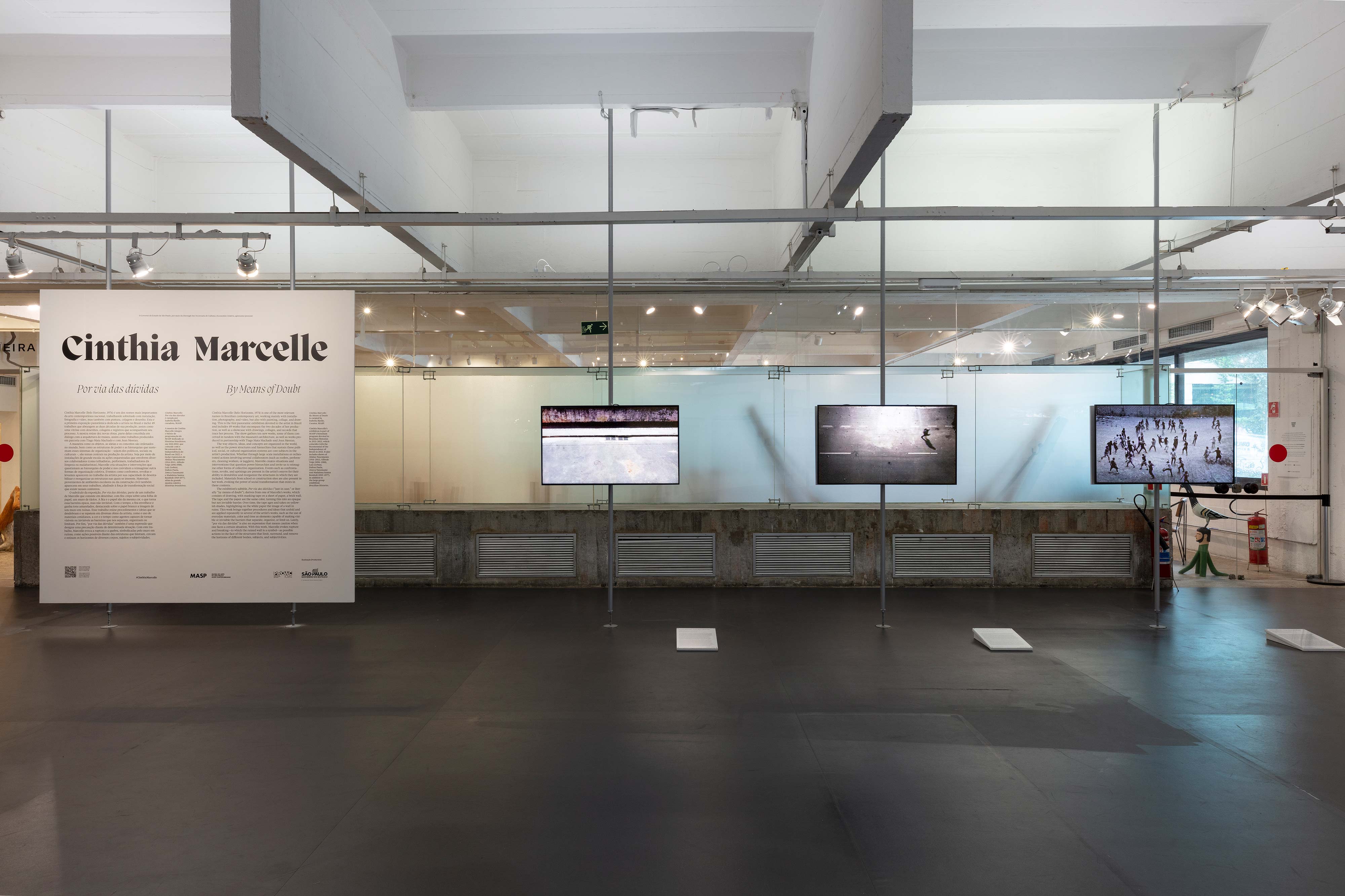 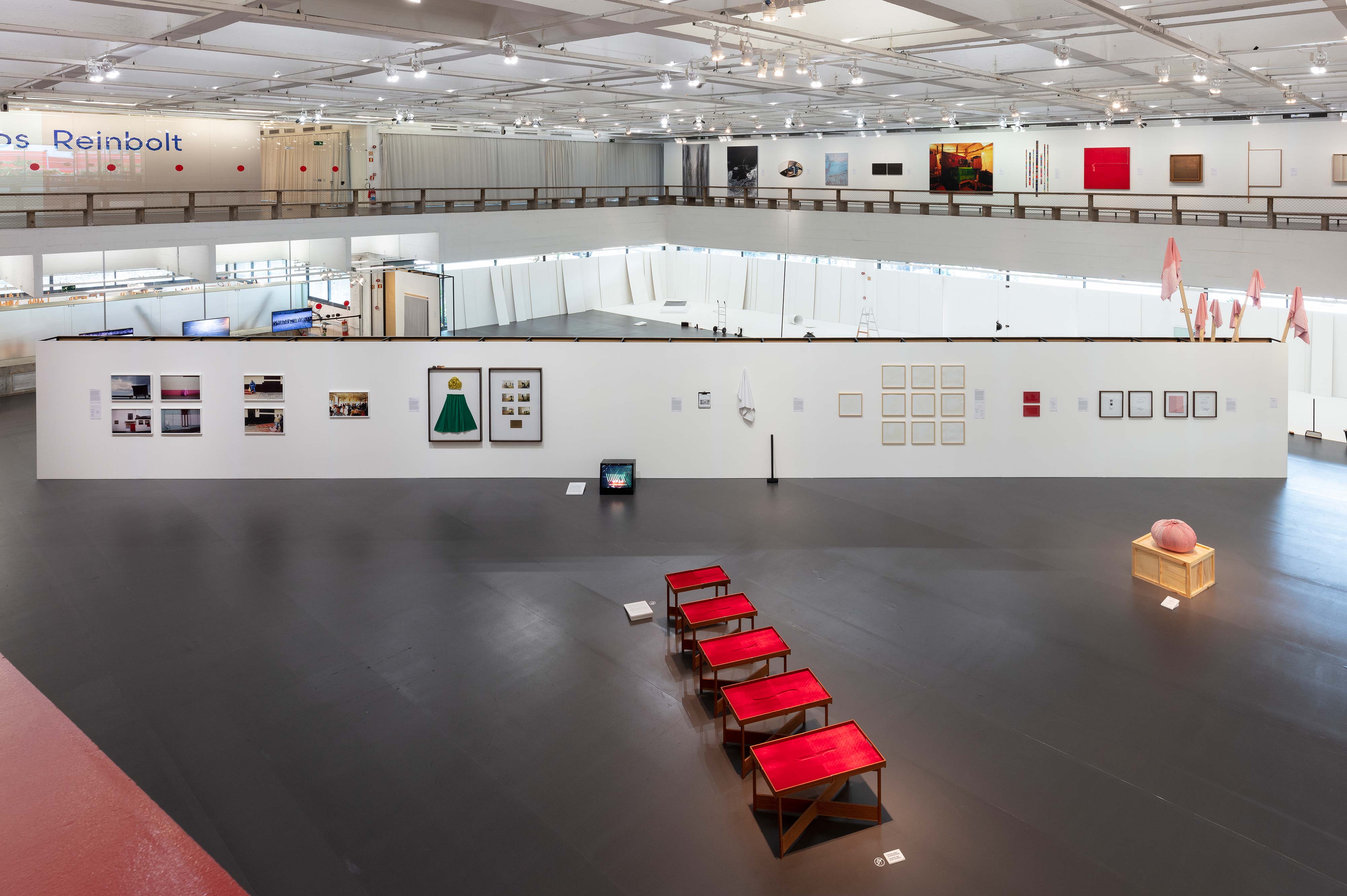 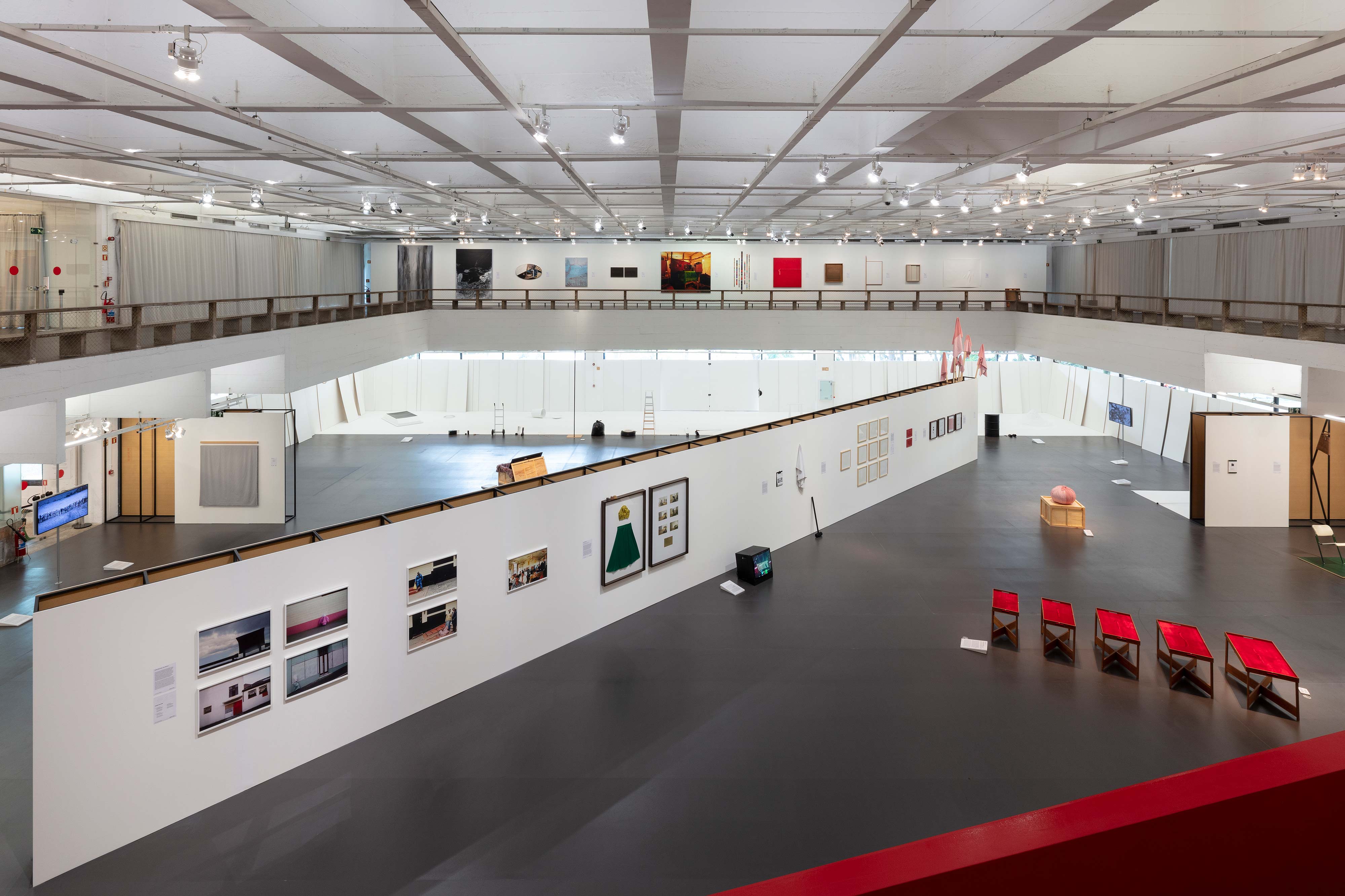