BUY TICKETS
SHARE
Gertrudes Altschul (1904-1962) was a pioneering figure in Brazilian modernist photography. Despite being acknowledged in the field of photography in Brazil, her work is known only in specialized circles, having been scantly published and exhibited—something that this exhibition, the first in a museum, and its publication intend to rectify.

Of Jewish origin, Altschul migrated to Brazil in 1939 from her native Berlin with her husband, Leon Altschul (1890-1975), fleeing the Nazi regime. They settled in São Paulo, where she divided her time between photography and the production of flowers for hats in a factory they managed.

At the end of the 1940s, she approached the famous Foto Cine Clube Bandeirante (FCCB) in São Paulo, a group that gathered photographers aligned with the movement known as the Escola Paulista [Paulista School], a cornerstone of modern photography in Brazil. After she began attending FCCB meetings and submitting her photographs for evaluation by members, Altschul was accepted in 1952 as a member, one of the very few women in the group.

It was through the FCCB that MASP began its relationship with the work of Altschul. In 2014, the museum received an extraordinary long-term loan of 275 photographs by 82 members of the group, which will be converted into a donation in 2064, after 50 years. This extraordinary set of photographs, the most important in Brazilian modern photography, includes 12 vintage prints by Altschul. In the exhibition, the 12 photographs from the MASP FCCB collection are accompanied by interpretive texts.

Altschul’s photographic work was in tune with the language of Brazilian modern photography, which sought to break away from the classic principles of composition by using abstract and figurative geometric constructions, while experimenting with light, shadow, lines, rhythms, planes as well as development and printing photo processes. In this context, Altschul’s themes concentrated on Brazilian modern architecture and botanical motifs, primarily leaves, as well as everyday objects in different scales, photographic
still lives of sorts.

The exhibition, which borrows its title from Filigrana [Filigree], one of the Altschul’s most celebrated photographs —, presents 62 vintage photographs. The works are grouped into major themes: botany, architecture and still lifes. There are also some images of people, something less frequently explored by Altschul.

The exhibition Gertrudes Altschul: Filigree is part of a biennium of programming at MASP dedicated to Brazilian Histories, in 2021-22, coinciding with the bicentennial of the country’s independence in 2022. In this first year, all exhibitions are dedicated to women, and include solo shows by Conceição do Bugres, Erika Verzutti, Gertrudes Altschul, Maria Martins, Ione Saldanha, and, in the Video Room, works by Ana Pi, the Teto Preto Collective, Regina Vater, Zahy Guajajara and Dominque Gonzalez-Foerster. 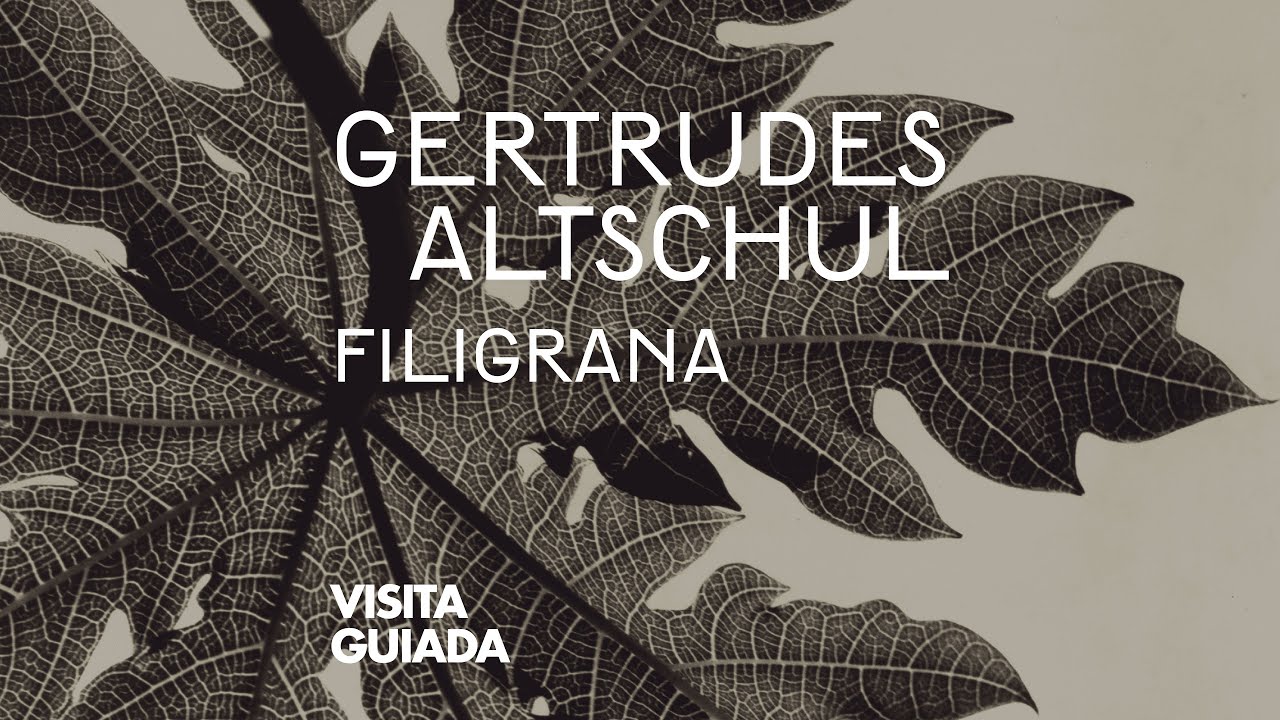