This is the third of a series of seminars anticipating the curatorial project around the Histories of Dance, which will orient MASP’s whole program of collective and solo exhibitions, lectures, publications, and courses during the year of 2020.

Starting from different case studies, this third seminar aims at stimulating a discussion on the politics of bodies in movement. With the participation of researchers, choreographers, dancers, and curators, the contributions put in perspective which are the dancing bodies and what moves them.

FREE REGISTRATION ON THE DAY OF THE EVENT
Tickets will be available two hours before the seminar at the Museum’s box office. In order to get a certificate, one has to register providing e-mail address and full name, as well as to present an official document on the day of the event. Certificates will be sent over e-mail to the address previously registered.

10:30 am – 12:30 pm
MARTA SAVIGLIANO
Insolent Tangos: Choreocritics and Dancing Humor
In this presentation, I will follow Blanchot (1943) in his explorations around insolence, Foucault (1963) in his reflections on transgression, and as an unfaithful milonguita, several other authors as well, in search of the transcultural boundaries of the choreographic tango. I will resort to an analysis of post-exoticism in globalization in order to frame the attempts of reappropriation of tango by artists of the Global South, who reclaim their spot in the production of global culture and its benefits through their insolent (and consciously self-exotic) tanguera creations. I will present choreographies that make use of bodily irony to engender critical reflection on aesthetic-affective clichés that made tango internationally recognizable and irresistible: masculinity and femininity as essential polarities of the impossible love, compulsive heterosexuality, machismo, and passion.

SANDRA BENITES
The Dancing Body
This presentation revolves around djeroky (dance) of ywyra’idja (warriors) and the tangara dance (dance of women). In the Guarani Nhandawa or Mbya perspective, dances are mongu’e (movements) who are also practices to learn how to have a rari body (that knows how to dodge), to take steps lightly and encourage oneself in each and every situation. I will also approach the purposes and differences between the dances of men and women. Among the Guarani, dances are associated to the matter of sacred. They are political as well as aesthetical activities.

JULIA RAMIREZ BLANCO
Dance as Protest, Protest as Dance: The Experience of Reclaim the Streets!
Street protests can be understood as a form of dance within the public realm. Bodies move within certain codes, alternating synchronization and innovation, in order to communicate certain messages through the forms of their physical presence. During the 1990s, an English activist group called Reclaim the Streets! understood this. Starting in 1995, they explored the format of the street party as a form of protest. In these celebrations, the situations of confrontation were combined with the creation of moments in which community and pleasure where placed at the forefront. As a part of the rave culture, the kind of dance the group generated was marked by electronic beats. Using the metaphor of the carnival, they believed that festivity can be turned into insurrection, and that insurrection is a celebration that has been carried to the limits of its possibility.

2 pm – 4 pm
NAYSE LÓPEZ
From the Hole, One Can See the Horizon
How to think a platform of action for Brazilian dance today? Which strategies of contact and creation might remove us from the state of shock and give rise to other forms of collaborating, being, and imagining? Is it possible to party, the word-action that is in the root of each and every festival, when we find ourselves facing a hole? The recreation of a horizon must be danced, collective, diverse, and new – otherwise, it will not be.

LUCAS PEDRETTI
Dancing on the Target of Dictatorship
In the 1970s, a phenomenon of major dimensions took over Rio de Janeiro: the Black balls, mobilizing each weekend thousands of Black young people from the suburbs and the favelas. By means of music and dance, they celebrated their Black identity and put in check several social values and rules then in vigor. It was a moment of repression and censorship, and the dictatorship imposed the myth of racial democracy as an ideological cornerstone. In that context, to have a Black Power hairstyle and to move around the city’s neighborhoods, even if just to have fun, were daring gestures. Not by chance the regime soon started to face these balls as a threat. The purpose of this presentation is to reflect upon the social and political dimensions of these balls.

NAOMI MACALALAD BRAGIN
The Intimate Assembly
Street dance is a global network of movement practices linking local Black vernacular expressions to activate a hip-hop popular philosophy grounded in the performing place. Yet in institutional settings it is geared to training dance professionals, hip-hop’s social value risks being overdetermined by structures which affirm non-classical European forms by placing them in a hierarchy that re-entrenches ballet as the standard of aesthetic purity. Dance that’s studied at leisure is subsequently cast as aimless – an unproductive, undisciplined activity lacking real technique. I attend to street dance as an act of intimate assembly which activates the migratory communicable potential of gesture. Street dancers’ acts of intimate assembly recite and resite overlooked histories of dance while growing new translocational networks through their communicative processes and insurgent practices of place, bent on transforming oppressive structures of representation.

4:30 pm – 5:30 pm
ANALIVIA CORDEIRO
Dance in the XXI Century
Bodily movement was the first form of human social relation. Currently, it is the least explored one by the media. As incredible as it might seem, a way of writing movement that is easy-to-use and can be broadly employed by whomever has never been invented: it is thus a present challenge for human knowledge. Just as we write words or sounds, we should be able to write movements. This presentation will discuss one of the first attempts in the world to systematize dance so as to allow it to be programmed via computer, making reference to four computer-video-dance works: M3x3 (1973), considered as the first Brazilian piece of video art and a world precursor of computer-dance; 0=45 (1974), a pioneer video clip experiment; Gestos (1975), and Cambiantes (1976). The Nota-Anna notation system will also be approached: a form of social communication of human movement which is open to the creation and expression of movement by any person, anywhere. To speak with the body and to communicate from afar might be the future way of sending messages and new contents.

ANALIVIA CORDEIRO
Pioneer of Brazilian videoart and one of the precursors of computer-dance in the world. Works in the realm of body movement expression on multiple perspectives, ranging from total spontaneity to high complexity technological planning, always within the complex character of our current society. She is a member of UNESCO’s International Dance Council.

JULIA RAMÍREZ-BLANCO
Lecturer in Universitad de Barcelona. Specialized in the relations between art, utopia, and politics, she is the author of Artistic Utopias of Revolt (Palgrave, 2018), editor of the monographic issue of REGAC Journal “Non-Textual Utopias” (2018), in addition to having published many articles and book chapters. She has been a visiting researcher at the Universities of Princeton, New York, Picardie and the École d’architecture de Nantes. A scholar at the Spanish Academy in Rome (2015-16), she was also co-curator of the project The Grand Domestic Revolution (2019).

LUCAS PEDRETTI
Historian, holder of a Master’s degree in Social History of Culture from PUC-Rio, and PhD candidate in Sociology at IESP-UERJ. Worked as a researcher for the Truth Commission of the State of Rio de Janeiro. Author of the book Dançando sob a mira da ditadura: bailes soul e a violência contra a população negra nos anos 1970 (to be published by the Brazilian National Archives).

MARTA SAVIGLIANO
Feminist anthropologist and politologist, interested in the political aspects of culture, corporalities and their representations in balls, dance, movement, and performance in the neoliberal globalized context. Senior professor of Critical Studies of Dance in the University of California, Riverside, and of Arts and Cultures of the World in the University of California, Los Angeles. She was the president of the Congress of Research in Dance (2010-2014), currently Dance Studies Association. She is the author of the book Tango and the Political Economy of Passion (Westview Press, 1995), translated for several languages.

NAOMI MACALALAD BRAGIN
Dancer and assistant professor at University of Washington Bothell. Their book project, Black Power of Hip-Hop Dance, is an ethnographic-historical study of street dance’s political aesthetics emergent in 1960s-70s California. They toured nationally as artistic director of Oakland-based DREAM Dance Company, a NYC Hip-Hop Theater Future Aesthetics Artist and finalist for the Isadora Duncan Best Choreography Award, receiving major support from the Creative Work Fund among others. Their writing has won awards from the Congress on Research in Dance, the American Society for Theatre Research, and the National Endowment for Humanities.

NAYSE LÓPEZ
Curator and artistic director of Panorama Festival. Created and directed the online platform idanca.net. Worked as dance critic for Jornal do Brasil and collaborates on a regular basis with several publications in Brazil and abroad.

SANDRA BENITES
Of Guarani Nhandewa origin and PhD candidate in Social Anthropology at the National Museum of the Universidade Federal do Rio de Janeiro (UFRJ). Since 2004, she has been working with Indigenous education. Between 2012 and 2014, she was the pedagogical coordinator of Indigenous education at the Education Office of the city of Maricá, Rio de Janeiro. She also curated the exhibition DjaGuata Porã: Rio de Janeiro Indígena, at Museu de Arte do Rio (2017). At MASP, she is Adjunct Curator of Brazilian Art. 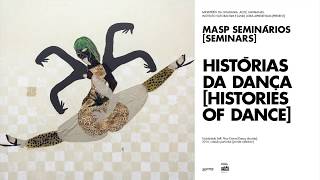 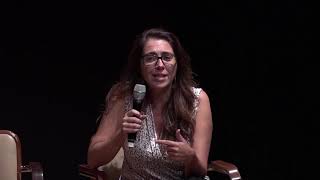 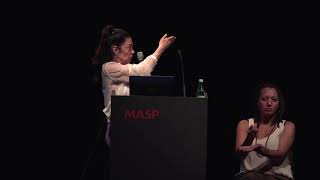 This is the third of a series of seminars anticipating the curatorial project around the Histories of Dance, which will orient MASP’s whole program of collective and solo exhibitions, lectures, publications, and courses during the year of 2020.